Bobby Darin died at thirty-seven years of age on 20th December 1973 in Cedars of Lebanon Hospital in Los Angeles, California, 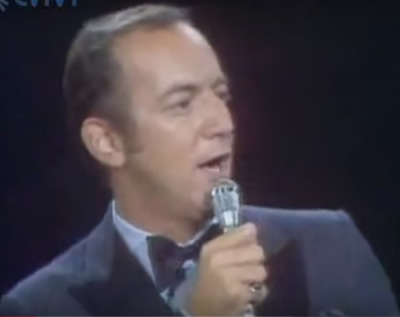 Bobby Darin was an enthusiastic chess player. His television show included an occasional segment in which he would explain a chess move. He arranged with the United States Chess Federation to sponsor a grandmaster tournament, with the largest prize fund in history, but the event was cancelled after his death.
Bobby Darin married actress Sandra Dee on December 1st 1960. They met while filming 'Come September'.] On December 16th 1961, they had a son, Dodd Mitchell Darin, also known as Morgan Mitchell Darin. Dee and Bobby Darin officially divorced on March 7th 1967.
Bobby Darin's second wife was Andrea Yeager, a legal secretary whom he met in 1970 and married on June 25th 1973 after the couple had lived together for three years. Four months later, in October 1973, the couple divorced amid strain caused by Bobby Darin's worsening health problems.
Bobby Darin suffered from poor health his entire life. He was frail as an infant and, beginning at age eight, was stricken with recurring bouts of rheumatic fever that left him with a seriously weakened heart. During his first heart surgery, in January 1971, he had two artificial valves implanted in his heart. He spent most of that year recovering from the surgery.
During the last few years of his life, he was often administered oxygen during and after his performances on stage and screen.
In 1973, after failing to take antibiotics to protect his heart before a dental visit, Bobby Darin developed an overwhelming systemic infection (sepsis). This further weakened his body and affected one of his heart valves.