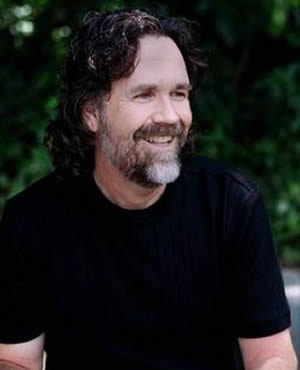 Brad Delp died aged fifty-five 0n 9th March 2007 by committing suicide via carbon monoxide poisoning at his home on Academy Avenue in Atkinson, New Hampshire, U.S.A. The Atkinson police discovered his body on the floor of his master bathroom after Pamela Sullivan saw a dryer vent tube connected to the exhaust pipe of Brad Delp's yellow car. Two charcoal grills were found to have been lit inside the bathtub causing the room to fill with smoke. A suicide note was paper-clipped to the neck of his T-shirt, which read: "Mr. Brad Delp. 'J'ai une âme solitaire'. I have a lonely soul." Brad Delp left four sealed envelopes in his office addressed to his children, his former wife Micki, his fiancée, and another unnamed couple. The following day, Boston's website was temporarily shut down, the webmaster having replaced their home page with a simple black background and white text message: "We've just lost the nicest guy in rock and roll."

Brad Delp's cause of death was ruled a suicide. The reason for Brad Delp's suicide has been the subject of contradictory news reports and lawsuits. A series of interviews conducted by the Boston Herald newspaper alleged that lingering hard feelings from Boston's breakup in the 1980s and personal tension between Brad and bandleader Scholz drove the Brad Delp to commit suicide. Scholz denied these claims but lost the defamation suits he waged in defense of his character. Court documents from the trials show Scholz claiming that personal problems plagued Brad Delp and were the true reason for his decision to kill himself.
On what would have been Brad Delp's 61st birthday, 12th June 2012, Jenna Delp, Brad Delp's daughter and President of the Brad Delp Foundation, released an MP3 on the foundation website of a "never before released" song which was written and recorded by Brad Delp in 1973. It was also announced that the Foundation intended to release a complete album of Brad Delp's solo work at some point in the future, which would encompass a span of thirty years of previously unreleased material written and recorded by Brad Delp and his closest friends.

On 25th November 2015, The Supreme Judicial Court of Massachusetts found in favor of the Boston Herald and Micki Delp in a defamation lawsuit brought by Tom Scholz, producer, primary songwriter and lead musician for Boston. In its ruling, the court said statements attributing Brad Delp’s suicide to Scholz were “statements of opinion and not verifiable fact, and therefore could not form the basis of a claim of defamation.”

Brad Delp was born in Peabody, Massachusetts on 12th June 1951 to parents who were French-Canadian immigrants. He was raised in Danvers, Massachusetts.
In 1969, guitarist Barry Goudreau introduced Brad Delp to Tom Scholz, who was looking for a singer to complete some demo recordings. Eventually Scholz formed the short-lived band Mother's Milk, including Brad Delp and Goudreau. After producing a demo, Epic Records eventually signed the act. Mother's Milk was renamed Boston, and the self-titled debut album, recorded in 1975, although many tracks had been written years before, was released in August 1976. Brad Delp performed all of the lead and all backing harmony vocals, including all layered vocal overdubs.

Boston's debut album has sold more than 20 million copies, and produced rock standards such as "More Than a Feeling", "Foreplay/Long Time" and "Peace of Mind". Brad Delp co-wrote "Smokin'" along with Scholz, and wrote the album's closing track, "Let Me Take You Home Tonight". Their next album, Don't Look Back, was released two years later in August 1978. Its release spawned new hits such as the title track, "Party", and the poignant ballad "A Man I'll Never Be". As they did with "Smokin'", Brad Delp and Scholz again collaborated on "Party", and Brad Delp penned "Used to Bad News".

After the first two Boston albums, Brad Delp sang vocals on Barry Goudreau's self-titled solo album, released in 1980. Scholz's legendary perfectionism and a legal battle with their record company stalled any further Boston albums until 1986, when the band released the appropriately titled Third Stage. Brad Delp co-wrote the songs "Cool the Engines" and "Can'tcha Say (You Believe in Me)/Still in Love" for the album, and both songs got significant airplay.

Though well known for his "golden" voice with soaring vocals and range and singing all harmony parts on every song, Brad Delp was also a multi-instrumentalist, playing guitar, harmonica and keyboards. He wrote or co-wrote songs for Boston, RTZ, Orion the Hunter, Lisa Guyer, and other artists.
In 1991 Brad Delp and Goudreau formed a new band called RTZ. After Boston released the album Walk On in 1994 with Fran Cosmo on vocals, Brad Delp and Boston eventually reunited later that year for another major tour and Brad Delp continued to record vocals on several albums and projects, including new tracks for Boston's 1997 Greatest Hits compilation and their 2002 release, Corporate America.
From the mid-1990s until his death Brad Delp also played in a side project when he had time off from Boston – a Beatles tribute band called Beatlejuice. The Beatles had always been a personal favorite of Brad's, and he revered them for their songwriting.
Brad Delp was married and divorced twice, and had two children by his second wife, Micki Delp. He was a vegetarian for over thirty years, and contributed to a number of charitable causes.

Do you like this website? If so, then please copy and email the link: http://www.rockapaedia.com
to your friends, colleagues and aquaintances. Thankyou.

song: 'More Than A Feeling' by Boston