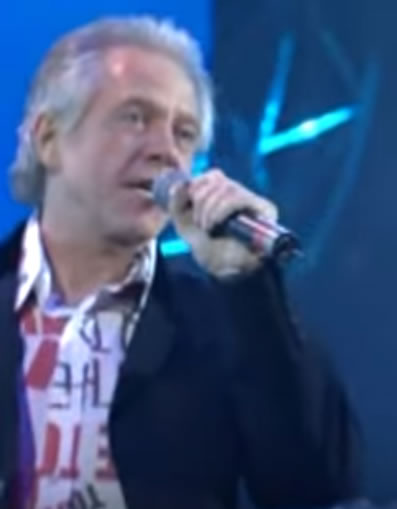 on 9th January, 2009 at Kingston Hospital, South West London, U.K. He had continued to perform with his band almost up until his death. Dave was survived by his twin sons called Ashley and Elliot and a daughter called Olivia.
Dave Dee was born on 17th December 1941 in Wiltshire, UK and attended Adcroft School, Trowbridge. Upon leaving school he became a police cadet with the Wiltshire Constabulary and as such was one of the first on the scene of the April 1960 car crash that resulted in the death of Eddie Cochran and serious injury to Gene Vincent. He later recounted that he started learning to play the guitar using Cochran's impounded Gretsch over several nights at the station.
Dave Dee became a professional musician in 1962. His first group was called 'Dave Dee and the Bostons', who toured the UK and Germany and were a support act to The Honeycombs in 1964. Known for their variety act, which included comedy routines and risque comments interspersed amongst the song, the band came to the notice of Ken Howard and Alan Blaikley who changed their name to Dave Dee, Dozy, Beaky, Mick and Tich, and were signed to Fontana Records, with whom they had a string of hits between 1966 and 1969.
Dave Dee left the band to become a solo artist in September 1969, and released the single "My Woman's Man" which reached No. 42 in the UK and No. 58 in Australia. He issued six further solo singles through the end of 1971, all of which failed to chart, and played a small role in the Marty Feldman comedy film 'Every Home Should Have One' in 1970. He then retired from performing and became an A&R Manager for WEA Records, during which period he was at least partly responsible for their signing AC/DC, Boney M and Gary Numan, and also played himself in the 1980 Sex Pistols documentary film The Great Rock 'n' Roll Swindle. He eventually reunited with Dozy, Beaky, Micky and Tich for a 1974 single, and then later produced (but did not appear on) a 1979 single done by the DBM&T quartet. He later began performing live gigs with the band, and continued to record occasionally both with DDDBM&T and as a solo act. He issued his only solo album, Unfinished Business, in 1995.
Dave Dee also became a businessman and founder committee member for disadvantaged children through the charity Nordoff-Robbins, which he helped found and worked with for over 30 years. He also became a Justice of the Peace. In his later years he lived in Mobberley, Cheshire.