Desmond Dekker died of a heart attack aged sixty-four on 25th May 2006, at his home in Thornton Heath, London, U.K. Desmond w 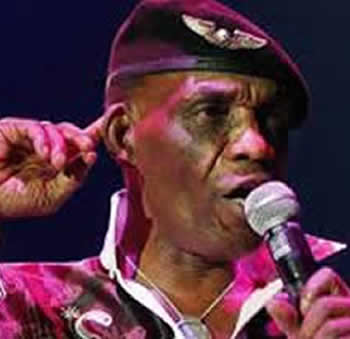 as divorced and was survived by his son and daughter. At the time he had been preparing to headline a world music festival in Prague.
Desmond Dekker was born Desmond Adolphus Dacres on 16th July 1941 in Saint Andrew Parish (Greater Kingston), Jamaica. Desmond spent his formative years in Kingston. From a young age he regularly attended the local church with his grandmother and aunt. This early religious upbringing, as well as Desmond Dekker's enjoyment of singing hymns, led to a lifelong religious commitment. Following his mother's death, he moved to the parish of St. Mary and later to St. Thomas. While at St. Thomas, Desmond Dekker embarked on an apprenticeship as a tailor before returning to Kingston, where he became a welder. His workplace singing had drawn the attention of his co-workers, who encouraged him to pursue a career in music. He auditioned for Leslie Kong's Beverley's record label and was awarded his first recording contract.
Despite achieving a record deal, it was two years before Desmond Dekker saw his first record released. Eventually in 1963 Kong chose "Honour Your Mother and Father" (written by Desmond Dekker and the song that he had sung in his Kong audition two years earlier), which became a Jamaican hit and established Desmond Dekker's musical career. This was followed by the release of the tracks "Sinners Come Home" and "Labour for Learning". It was during this period that Desmond Dacres adopted the stage-name of Desmond Dekker. His fourth hit, "King of Ska" (backing vocals by The Cherrypies, also known as The Maytals), made him into one of the island's biggest stars. Desmond Dekker then recruited four brothers, Carl, Patrick, Clive and Barry Howard, as his permanent backing vocalists to perform with him under the name Desmond Dekker and The Aces.
The new group recorded a number of Jamaican hits, including "Parents", "Get Up Edina", "This Woman" and "Mount Zion". The themes of Desmond Dekker's songs during the first four years of his career dealt with the moral, cultural and social issues of mainstream Jamaican culture: respect for ones parents ("Honour Your Mother and Father"), religious morality ("Sinners Come Home") and education ("Labour for Learning"). In 1967 he appeared on Derrick Morgan's "Tougher Than Tough", which helped begin a trend of popular songs commenting on the rude boy subculture which was rooted in Jamaican ghetto life where opportunities for advancement were limited and life was economically difficult. Desmond Dekker's own songs did not go to the extremes of many other popular rude boy songs, which reflected the violence and social problems associated with ghetto life, though he did introduce lyrics that resonated with the rude boys, starting with one of his best-known songs, "007 (Shanty Town)". The song established Desmond Dekker as a rude boy icon in Jamaica and also became a favourite dance track for the young working-class men and women of the United Kingdom's mod scene. "007 (Shanty Town)" was a Top 15 hit in the UK and his UK concerts were attended by a large following of mods wherever he played.
Desmond Dekker continued to release rude boy songs such as "Rude Boy Train" and "Rudie Got Soul", as well as mainstream cultural songs like "It's a Shame", "Wise Man", "Hey Grandma", "Unity", "If It Pays", "Mother's Young Girl", "Sabotage" and "Pretty Africa". Many of the hits from this era came from his debut album, 007 (Shanty Town).
In 1968 Desmond Dekker's "Israelites" was released, eventually topping the UK Singles Chart in April 1969 and peaking in the Top Ten of the US Billboard Hot 100 in June 1969. Desmond Dekker was the first Jamaican artist to have a hit record in the US with a form and style that was purely Jamaican. That same year saw the release of "Beautiful and Dangerous", "Writing on the Wall", "Music Like Dirt (Intensified '68)" (which won the 1968 Jamaica Independence Festival Song Contest), "Bongo Girl" and "Shing a Ling". 1969 saw the release of "It Mek", which became a hit both in Jamaica and the UK. Desmond Dekker also released "Problems" and "Pickney Gal", both of which were popular in Jamaica, although only "Pickney Gal" managed to chart in the UK Top 50. In 1969 Desmond Dekker took permanent residency in the UK.
In 1970 Desmond Dekker released "You Can Get It If You Really Want", written by Jimmy Cliff, which reached Number two in the UK charts. Desmond Dekker was initially reluctant to record the track but was eventually persuaded to do so by Leslie Kong. Desmond's version uses the same backing track as Cliff's original. Kong, whose music production skills had been a crucial part of both Desmond Dekker's and Cliff's careers, died in 1971, affecting the careers of both artists for a short period of time. In 1972 the rude boy film The Harder They Come was released and Desmond Dekker's "007 (Shanty Town)" was featured on the soundtrack along with Cliff's version of "You Can Get It...", as well as other artist's Jamaican hits, giving Reggae more international exposure and preparing the way for Bob Marley.
In 1975 "Israelites" was re-released and became a UK Top 10 hit for a second time. Desmond Dekker had also begun working on new material with the production duo Bruce Anthony in 1974. In 1975 this collaboration resulted in the release of "Sing a Little Song", which charted in the UK Top Twenty; this was to be his la 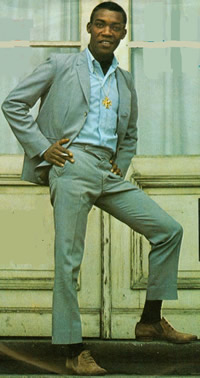 st UK hit.
1980s and later.
The 1980s found Desmond Dekker signed to a new label, Stiff Records, an independent label that specialized in punk and new wave acts as well as releases associated with the 2 Tone label, whose acts instigated a short-lived but influential ska revival. He recorded an album called Black & Dekker (1980), which featured his previous hits backed by The Rumour, Graham Parker's backing band and Akrylykz (featuring Roland Gift, later of Fine Young Cannibals). A re-recorded version of "Israelites" was released in 1980 on the Stiff label, followed by other new recordings: Jimmy Cliff's "Many Rivers to Cross" and "Book of Rules". Dekker's next album, Compass Point (1981), was produced by Robert Palmer. Despite declining sales, Desmond Dekker remained a popular live performer and continued to tour.
In 1984 Desmond was declared bankrupt. Only a single live album was released in the late '80s. In 1990 "Israelites" was used in a Maxell TV advert that became popular and brought the song and artist back to the attention of the general public. He collaborated with The Specials on the 1993 album,'King of Kings', which was released under Desmond Dekker and The Specials. King of Kings consists of songs by Desmond Dekker's musical heroes including Byron Lee; Theophilus Beckford, Jimmy Cliff, and his friend and fellow Kong label artist, Derrick Morgan. He also collaborated on a remix of "Israelites" with reggae artist Apache Indian. In 2003 a reissue of the The Harder They Come soundtrack featured "Israelites" and "007 (Shanty Town)".

song: 'You Can Get It if You Really Want' by Desmond Dekker