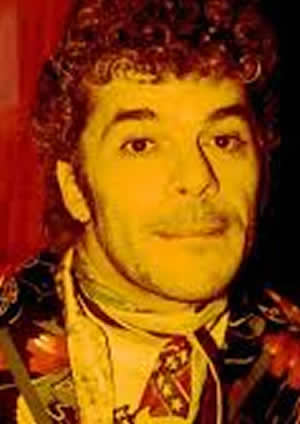 UK and Europe throughout 1981, sometimes augmented by jazz trumpeter Don Cherry, ending the year with their only tour of Australia. The Blockheads disbanded in early 1982 after Ian Dury secured a new recording deal with Polydor Records through A&R man Frank Neilson. Choosing to work with a group of young musicians which he named the Music Students, he recorded the album Four Thousand Weeks' Holiday. This album marked a departure from his usual style and was not as well received by fans for its American jazz influence.
The Blockheads briefly reformed in June 1987 to play a short tour of Japan, and then disbanded again. In September 1990, following the death from cancer of drummer Charley Charles, they reunited for two benefit concerts in aid of Charles' family, held at The Forum, Camden Town, with Steven Monti on drums. In December 1990, augmented by Merlin Rhys-Jones on guitar and Will Parnell on percussion, they recorded the live album Warts & Audience at the Brixton Academy.
The Blockheads, less Jankel, who returned to California, toured Spain in January 1991 then disbanded again until August 1994 when, following Jankel's return to England, they were invited to reform for the Madstock! Festival in Finsbury Park; this was followed by sporadic gigs in Europe, Ireland, the UK and Japan through late 1994 and 1995. In the early 1990s, Ian Dury appeared with English band Curve on the benefit compilation album Peace Together. Ian and Curve singer Toni Halliday shared vocals on a cover of the Blockheads' track "What a Waste".
In March 1996 Ian Dury was diagnosed with cancer and, after recovering from an operation, he set about writing another album. In early 1998 he reunited with the Blockheads to record the album Mr Love-Pants. In May, Ian Dury & the Blockheads hit the road again, with Dylan Howe replacing Steven Monti on drums. Davey Payne left the group permanently in August and was replaced by Gilad Atzmon; this line-up gigged throughout 1999, culminating in their last performance with Ian Dury on 6th February 2000 at the London Palladium. Ian Dury died six weeks later on 27th March 2000.
Ian Dury appeared in the Classic Albums episode that focused on Steely Dan's album Aja. Ian commented that the album was one of the most "hopeful" he'd ever heard, and that the album "lifted his spirits up" whenever he played it. He also felt that it showed Steely Dan's love for jazz musicians and that it had "California in its blood ... [even though it was recorded by] boys from New York."

song: 'What a Waste' by Ian Dury