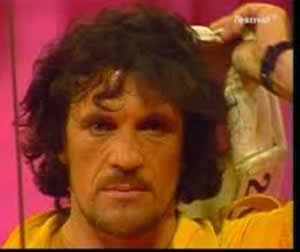 Jim Capaldi's success as a lyricist continued throughout his life. In 1990 "One and Only Man", a Steve Winwood song for which Jim Capaldi wrote the lyrics, reached the Top 20 in the USA. He was a five times winner of BMI/Ascap Awards for the "most played compositions in America", and sales of songs written or co-written by him exceeded 25 million units. He numbered Bob Marley among his friends, and they travelled together while Marley was writing the Catch A Fire album. Jim Capaldi wrote the lyrics to "This Is Reggae Music".
Jim Capaldi was noted for the extent of his collaborations with other musicians. In 1973, he played drums at Eric Clapton's Rainbow Concert and on some Clapton studio sessions. Jim Capaldi collaborated with Robert Calvert of Hawkwind on his critically acclaimed 1974 solo album Captain Lockheed and the Starfighters, contributing as a vocal actor on the concept album's theatrical sections between songs. In the 1980s, Jim Capaldi collaborated with Carlos Santana contributing songs and ideas to Santana's projects and in the 1990s he co-wrote (with Paul Carrack) the song "Love Will Keep Us Alive", which was eventually used on the Eagles' successful Hell Freezes Over album. In 1993, Traffic reformed and toured the US and UK. Jim Capaldi and Winwood recorded a new album, 'Far from Home', without the other members of the band. In 1998 he paired up again with Mason on an extensive American tour.
In 2001, Jim Capaldi's eleventh solo album ,Living on the Outside, featured George Harrison, Steve Winwood, Paul Weller, Gary Moore and Ian Paice. George Harrison played guitar on the track "Anna Julia", an English translation of a song by the Brazilian band Los Hermanos and Jim Capaldi played at the Concert for George in 2002.
Following his death, several tributes in celebration of Jim Capaldi's life and music came out under the name Dear Mr Fantasy. The first was a tribute concert that took place at the Roundhouse in Camden Town, London on Sunday, 21 January 2007. Guests included Bill Wyman, Jon Lord, Gary Moore, Steve Winwood, Cat Stevens, Paul Weller, Pete Townshend, his brother, Phil and many more. The performances were evenly split between Jim Capaldi's solo songs and his work with Traffic. All profits went to The Jubilee Action Street Children Appeal. A recording of the concert was released as a double CD set the same year.
The second such tribute, Dear Mr. Fantasy: The Jim Capaldi Story, is a four-disc boxed set released in July 2011. Though a slight majority of the tracks came from Jim Capaldi's solo albums, it also included some of his work with the Hellions, Deep Feeling, and Traffic, a few rare non-album tracks, and more than ten previously unreleased recordings, including a song co-written with George Harrison in 1997. The box was also packaged with extensive liner notes, compiling a nu 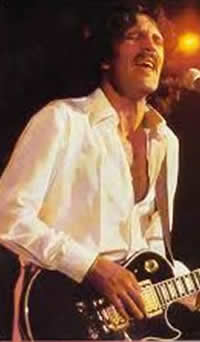 mber of photos and essays.
The third and final tribute is a book of Jim Capaldi's handwritten lyrics, released in November 2011. The ideas of a boxed set and lyrics book had been conceived by Jim Capaldi shortly before he died, and their releases were prepared by his widow Aninha in fulfilment of a last promise to him.
He married Brazilian-born Aninha E S Campos in 1975 in High Wycombe, UK and in 1976 toured with his band Space Cadets before moving to Brazil in 1977. He had two daughters, Tabitha born in 1976 and Tallulah born in 1979. The Capaldis lived in the Bahia region of Brazil until the beginning of 1980 and while there he became heavily involved with environmental issues. They maintained homes in Marlow, Bucks UK and Ipanema, Rio de Janeiro. The track "Favela Music" on his 1981 album Let The Thunder Cry arose from his love of Brazil, and he worked with several Brazilian composers. He was a friend and supporter of the London School of Samba and played with the bateria on at least one occasion. He did a lot of charitable work for organisations in Brazil – such as the Associação Beneficiente São Martinho street childrens charity in Lapa, Rio de Janeiro, which the LSS also supported between 1994 & 2001. His wife Aninha Capaldi was also the Porta Bandeira of the LSS in the 1994 and 1995 Notting Hill Carnival parades.
Outside his music and environmental activism, Jim Capaldi also assisted his wife in her work with Jubilee Action to help Brazilian street children. Because of this charity work, Jim and his wife Aninha were guests of Tony Blair at the Prime Minister's country house, Chequers. He remained professionally active until his final illness prevented him from working on plans for a 2005 reunion tour of Traffic.
<<go to top>>

song: 'Something So Strong' by Jim Capaldi