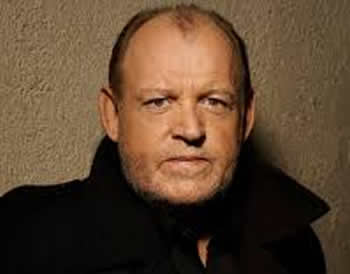 or characters in the film Across the Universe, as the lead singer on another Beatles' hit, "Come Together." Joe Cocker was awarded an OBE in the Queen's 2007 Birthday Honours list for services to music. To celebrate receiving his award in mid December 2007, Joe Cocker played two concerts in London and in his home town of Sheffield where he was awarded a bronze Sheffield Legends plaque outside Sheffield Town Hall.
In April and May 2009, Joe Cocker conducted a North American tour in support of his album Hymn for My Soul. He sang the vocals on "Little Wing" for the Carlos Santana album, Guitar Heaven: The Greatest Guitar Classics of All Time, released on 21 September 2010. In the autumn of 2010, Joe Cocker toured Europe promoting his studio album Hard Knocks.
On 20 March 2011, Joe Cocker took part in a benefit concert for Cornell Dupree at B.B. King's Blues Club in New York City. Dupree played on two Joe Cocker albums: Stingray (1976) and Luxury You Can Afford (1978). Dupree's band Stuff was also Joe Cocker's backing band on a tour promoting Stingray in 1976.
Joe Cocker kept recording and touring through his later years. 2012's Fire it up, which would turn out to be Joe Cocker's last studio album, was followed by an extensive tour, consisting of a US leg in 2012 and a European leg in 2013. He played 25 shows in Germany alone on the European leg of the tour, which reflects the popularity Joe Cocker enjoyed there. The full show of 22 April at Cologne's Lanxess Arena was recorded and released on CD and DVD under the title Fire it up Live later in 2013. The last concert on the tour, which was to be Joe Cocker's final live performance, was at the Loreley Open Air Theatre in Sankt Goarshausen on 7 September 2013.
While performing a concert at Madison Square Garden on 17 September 2014, fellow musician Billy Joel stated that Joe Cocker was "not very well right now" and endorsed Cocker for induction into the Rock and Roll Hall of Fame before impersonating the singer in a take on "With a Little Help From My Friends."

song: 'Sorry Seems to be the Hardest Word' by Joe Cocker