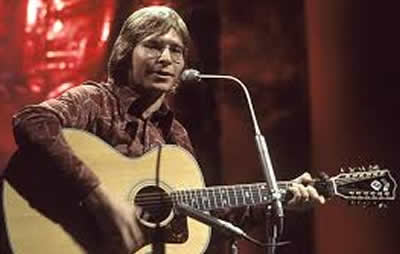 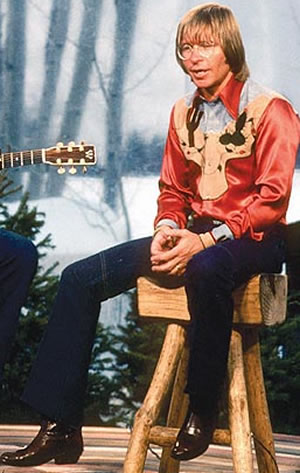 ry, who is African-American, was the subject of "A Baby Just Like You", a song that included the line "Merry Christmas, little Zachary" and which he wrote for Frank Sinatra. Denver and Martell divorced in 1982. In a 1983 interview shown in the documentary 'John Denver: Country Boy' (2013), John said that career demands drove them apart; Anne said that they were too young and immature to deal with John's sudden mega-success. The ensuing property settlement caused John Denver to become so enraged, he nearly choked Martell, then used a chainsaw to cut their marital bed in half.
John Denver married Australian actress Cassandra Delaney in 1988, after a two-year courtship. Settling at John's home in Aspen, the couple had a daughter, Jesse Belle. John Denver and Delaney separated in 1991 and divorced in 1993. Of his second marriage, John Denver would later recall that "before our short-lived marriage ended in divorce, she managed to make a fool of me from one end of the valley to the other".
In 1993, John Denver pleaded guilty to a drunken driving charge, and was placed on probation. In August 1994, while still on probation, he was again charged with misdemeanor driving under the influence after crashing his Porsche into a tree in Aspen. Though a jury trial in July 1997 resulted in a hung jury on the second DUI charge, prosecutors later decided to reopen the case, which was closed only after John Denver's accidental death in October 1997. In 1996, the FAA decided that John Denver could no longer fly a plane due to medical disqualification for failure to abstain from alcohol, a condition that the FAA had imposed in October 1995 after his prior drunk-driving conviction.
John Denver's talent extended beyond music. Artistic interests included painting, but because of his limiting schedule he pursued photography, saying once "photography is a way to communicate a feeling". John Denver was also an avid skier and golfer, but his principal interest was in flying. His love of flying was second only to his love of music. In 1974, he bought a Learjet to fly himself to concerts. He was a collector of vintage biplanes, and in addition made the purchase of a Christen Eagle aerobatic plane, two Cessna 210 airplanes, and in 1997, an experimental, amateur-built Rutan Long-EZ.