Jon Brookes died in hospital aged forty-four on 13th August 2013 with his family at his bedside. He had been receiving treatment for a b 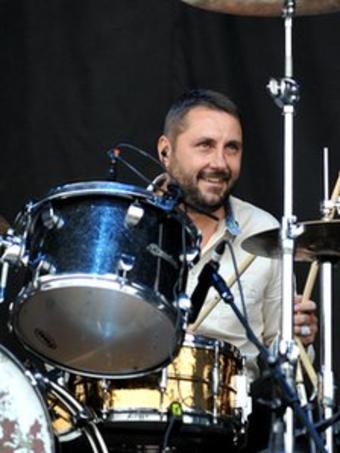 They had their big years in the nineties but had settled into being a very popular cult band – still able to score top 20 albums and sell out venues like Manchester Apollo. It had even seemed that the tragedies that had stalked the band for years had stopped until Jon collapsed on stage in Philadelphia and found himself unable to breathe and was saved by the prompt action of doctor. It was here that he found he had the cancer and fought bravely against the disease until his death. His attitude to his condition was, like his drumming, an inspiration.

song: 'The Only One I Know', co-written by Jon Brookes. Performed by the Charlatans.