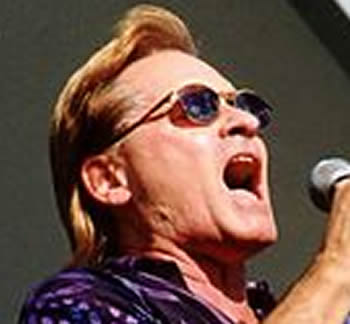 September 2018 while being taken to hospital in Tampa, florida, U.S.A.. Currently, no cause of his death has been announced.
Marty Balin was born in Cincinnati, Ohio, U.S.A. His paternal grandparents emigrated from Eastern Europe and his father was Jewish, his mother, Episcopalian. Marty attended Washington High School in San Francisco, California.
Marty Balin, along with the other members of the 1966-1970 line-up of Jefferson Airplane, were inducted into the Rock and Roll Hall of Fame in 1996. As a member of Jefferson Airplane, he was honored with a Grammy Lifetime Achievement Award in 2016.

In 1962, the then Martyn Jerel Buchwald changed his name to Marty Balin, and began recording with Challenge Records, releasing the singles "Nobody But You" and "I Specialize in Love". By 1964, Marty Balin was leading a folk music quartet called The Town Criers.

Marty was the primary founder of Jefferson Airplane, which he "launched" from a restaurant-turned-club he created and named the Matrix, and was also one of its lead vocalists and songwriters from 1965 to 1971. In the group's 1966–1971 lineup, Marty served as co-lead vocalist alongside Grace Slick and rhythm guitarist Paul Kantner.

While his output diminished after the 1967 album Surrealistic Pillow, as Slick, Kantner, and lead guitarist Jorma Kaukonen matured as songwriters , his most enduring songwriting contributions—which were often imbued with a romantic, pop-oriented lilt that was atypical of the band's characteristic forays into psychedelic rock, include the songs "Comin' Back to Me", "Today", and again with Kantner, the topical 1969 top-100 hit "Volunteers."
Although uncharacteristic of his oeuvre, the uptempo "3/5 of a Mile in 10 Seconds" and "Plastic Fantastic Lover" (both written for Surrealistic Pillow) remained integral components of the Jefferson Airplane's live set throughout the late 1960s.

In December 1969, Marty Balin was knocked unconscious by members of the Hells Angels motorcycle club while performing during the infamous Altamont Free Concert, as seen in the 1970 documentary film Gimme Shelter. In April 1971, he formally departed Jefferson Airplane after breaking off all communication with his bandmates following the completion of their autumn 1970 American tour.

Rejoining the team he had helped to establish, Marty Balin became a permanent member of Jefferson Starship in 1975; over the next three years, he contributed to and sang lead on four top-20 hits, including "Miracles" (a Marty Balin original), "With Your Love" ( a collaboration), Jesse Barish's "Count on Me", and N.Q. D

ewey's "Runaway".
Ultimately, Marty Balin's relationship with Jefferson Starship was beleaguered by interpersonal problems, including Grace Slick's longstanding alcoholism and his own reluctance toward live performances.
He abruptly left the group in October 1978 shortly after Grace's departure from the band.

In 1979, Marty Balin produced a rock opera entitled Rock Justice, about a rock star who was put in jail for failing to produce a hit for his record company, based on his experiences with the lawsuits fought for years with former Jefferson Airplane manager Matthew Katz.
The cast recording was produced by Marty Balin, but it did not feature him in performance.
Marty Balin continued with EMI as a solo artist and in 1981 he released his first solo album, ,Marty Balin,, featuring two Jesse Barish songs that became top-40 hits, "Hearts" and "Atlanta Lady".
There was in 1983 a second solo album, 'Lucky', along with a Japan-only EP produced by EMI called 'There's No Shoulder'.
Marty Balin's contract with EMI ended shortly thereafter.
In 1985, Marty teamed with Paul Kantner and Jack Casady to form the KBC Band. After the breakup of the KBC band, a 1989 reunion album and tour with Jefferson Airplane followed.
Marty Balin continued recording solo albums in the years following the reunion, and reunited with Kantner in the latest incarnation of Jefferson Starship.