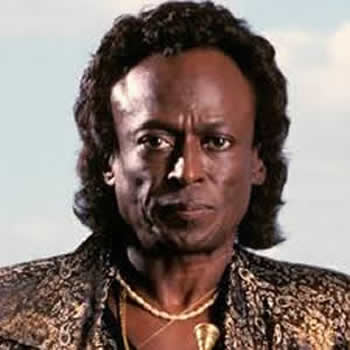 te airstrip in the Australian outback and proceed to perform for the surprised locals.
Miles Davis followed Tutu with 'Amandla', another collaboration with Miller and George Duke plus the soundtracks to four films—Street Smart, Siesta, The Hot Spot (with bluesman John Lee Hooker), and Dingo. He continued to tour in the late 1980s with a band of constantly rotating personnel. Miles Davis' last albums, both released posthumously, were the hip hop-influenced studio album 'Doo-Bop' (1992) and 'Miles & Quincy Live at Montreux' (1993), a collaboration with Quincy Jones for the 1991 Montreux Jazz Festival where, for the first time in three decades, Miles Davis performed songs from Miles Ahead, Porgy and Bess and Sketches of Spain. Some listeners and critics who had been disappointed with his experimental late period were happy that his career ended in such a way.
On July 8th 1991, Miles Davis returned to performing material from his past at the 1991 Montreux Jazz Festival with a band and orchestra conducted by Quincy Jones. The set consisted of select arrangements from his albums recorded with Gil Evans. The show was followed by a concert billed as Miles and Friends at the Grande halle de la Villette in Paris held two days later, featuring guest performances by artists he had worked with across his career, including John McLaughlin, Herbie Hancock and Josef Zawinul. During his stay in Paris, Miles Davis was awarded the Chevalier of the Legion of Honour. Such retrospective concerts that Miles Davis agreed to do in a short space of time led to the argument that the trumpeter knew he was dying, yet his road manager Gordon Meltzer believed Miles Davis was unaware. A week after Paris, Miles Davis and his group performed at the Nice Jazz Festival, followed by a show in London on July 19th. Upon his return to the US, he stopped off in New York City to record material on his next album, 'Doo-Bop', and returned to California where he played at the Hollywood Bowl on August 25th, his final live performance.

music: 'So What' by Miles Davis.