Nick Drake died aged twenty-six during the night on 24th 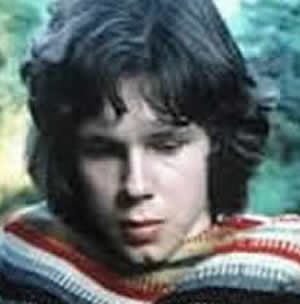 Island Records was keen on Nick Drake promoting Bryter Layter through press interviews, radio sessions and live appearances. Nick, who by this time was smoking what Kirby has described as "unbelievable amounts" of cannabis and exhibiting "the first signs of psychosis", refused. Disappointed by the reaction to Bryter Layter, he turned his thoughts inwards, and withdrew from family and friends. He rarely left his flat, and then only to play an occasional concert or to buy drugs. His sister recalled: "This was a very bad time. He once said to me that everything started to go wrong from this time on.
Although Island neither expected nor wanted a third album, Nick Drake approached Wood in October 1971 to begin work on what would be his final release. Sessions took place over two nights, with only Drake and Wood present in the studio. The bleak songs of Pink Moon are short, and the eleven-track album lasts only 28 minutes, a length described by Wood as "just about right. You really wouldn't want it to be any longer." Nick Drake had expressed dissatisfaction with the sound of Bryter Layter, and believed that the string, brass and saxophone arrangements had resulted in a sound that was "too full, too elaborate".
Nick Drake appears on Pink Moon accompanied only by his own carefully recorded guitar save for a single piano overdub on the title track. Wood later said: "He was very determined to make this very stark, bare record. He definitely wanted it to be him more than anything. And I think, in some ways, Pink Moon is probably more like Nick is than the other two records."
The piano overdub on "Pink Moon" displays a musicality absent from some of the barer tracks on Nick Drake's final album.
Drake delivered the tapes of Pink Moon to Chris Blackwell at Island Records, contrary to a popular legend which claims he dropped them off at the receptionist's desk without saying a word. An advertisement for the album in Melody Maker in February opened with "Pink Moon—Nick Drake's latest album: the first we heard of it was when it was finished." ' Pink Moon' sold fewer copies than either of its predecessors, although it received some favourable reviews. In Zigzag magazine, Connor McKnight wrote, "Nick Drake is an artist who never fakes. The album makes no concession to the theory that music should be escapist. It's simply one musician's view of life at the time, and you can't ask for more than that."
Chris Blackwell felt 'Pink Moon' had the potential to bring Nick Drake to a mainstream audience; however, his staff were disappointed by the artist's unwillingness to undertake any promotional activity. A&R manager Muff Winwood recalls "tearing his hair out" in frustration, and admits that without Blackwell's enthusiastic support, "the rest of us would have given him the boot." Following persistent nagging from Boyd, Nick Drake agreed to an interview with Jerry Gilbert of Sounds Magazine.
The "shy and introverted folk singer" spoke of his dislike of live appearances and very little else. "There wasn't any connection whatsoever", Gilbert has said. "I don't think he made eye contact with me once." Disheartened and convinced he would be unable to write again, Nick Drake decided to retire from music. He toyed with the idea of a different career, even considering the army.
In the months following Pink Moon's release, Nick Drake became increasingly asocial and distant from those close to him. He returned to live at his parents' home in Tanworth-in-Arden, and while he resented the regression, he accepted that his illness made it necessary. "I don't like it at home," he told his mother, "but I can't bear it anywhere else."
His return was often difficult for his family; as his sister Gabrielle explained, "good days in my parents' home were good days for Nick, and bad days were bad days for Nick. And that was what their life revolved around, really."
"Black Eyed Dog" from one of Nick Drake's final recording sessions in February 1974. The title was inspired by Winston Churchill's description, taken from Samuel Johnson, of depression as a black dog. 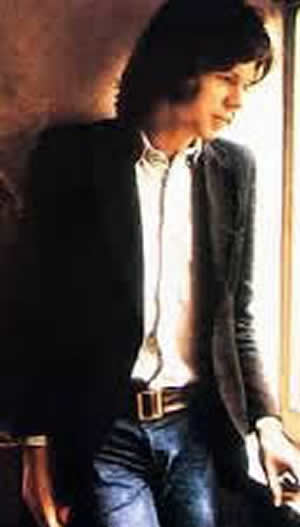 Nick Drake lived a frugal existence, his only source of income being a £20-a-week retainer he received from Island Records. At one point he could not afford a new pair of shoes. He would often disappear for days, sometimes turning up unannounced at friends' houses, uncommunicative and withdrawn. Robert Kirby described a typical visit: "He would arrive and not talk, sit down, listen to music, have a smoke, have a drink, sleep there the night, and two or three days later he wasn't there, he'd be gone. And three months later he'd be back." Nick's supervision partner at Cambridge, John Venning, once saw him on a tube train in London and felt he was seriously clinically depressed. "There was something about him which suggested that he would have looked straight through me and not registered me at all. So I turned around."
Referring to this period, John Martyn (who in 1973 wrote the title song of his album 'Solid Air' for and about Drake) described him as the most withdrawn person he had ever met. He would borrow his mother's car and drive for hours without purpose on occasion, until he ran out of petrol and had to ring his parents to ask to be collected. Friends have recalled the extent to which his appearance had changed. During particularly bleak periods of his illness, he refused to wash his hair or cut his nails. Early in 1972, Nick Drake had a nervous breakdown, and was hospitalized for five weeks.
In February 1974, Nick Drake contacted John Wood, stating he was ready to begin work on a fourth album. Boyd was in England at the time, and agreed to attend the recordings. The initial session was followed by further recordings in July.
By autumn 1974, Nick Drake's weekly retainer from Island had ceased, and his illness meant he remained in contact with only a few close friends. He had tried to stay in touch with Sophia Ryde, whom he had first met in London in 1968. Ryde has been described by Drake's biographers as "the nearest thing" to a girlfriend in his life, but she now prefers the description "best friend". In a 2005 interview, Ryde revealed that a week before he died, she had sought to end the relationship: "I couldn't cope with it. I asked him for some time. And I never saw him again." As with the relationship he had earlier shared with fellow folk musician Linda Thompson, Drake's relationship with Ryde was never consummated.