Ronald Bell died aged sixty-eight on 9th September 2020 at his home in the Virgin Islands with no cause of death being given. He was survived by his third wife, Tia, and ten children. 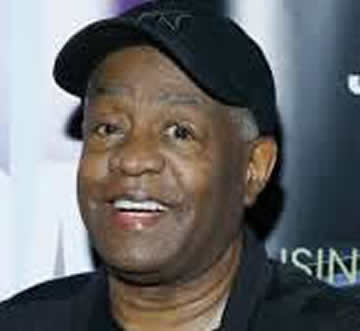 The band Ronald formed with his brother, Robert, Kool & the Gang, were one of the first fully fledged funk ensembles – taking the influence of Sly Stone and James Brown’s pioneering recordings and blending it with strong jazz leanings, their distinctive sound emphasised by bright horns, percussive congas and cowbells.
on the soundtracks of films including Rocky in 1976, Saturday Night Fever in1977 and Pulp Fiction in 1994.

Ronald was born in Youngstown, Ohio, United States of America and his family lived an impoverished existence in an apartment above a dry cleaners. When Ronald was still a boy the family shifted to Jersey City, New Jersey, in 1961.

Attending Lincoln high school, Ronald and Robert formed their first band, the Jazziacs, with fellow pupils (most of whom would remain band mates for the following decades), playing jazz clubs and bars. Their sound began to change when, in 1968, they became part of the Soul Town Band, learning recent soul hits to accompany singers. Deciding to perform under Robert’s nickname, they settled on Kool & the Gang.

Releasing their first single, Kool and the Gang – a fast-paced, jazz-inflected dance instrumental – in 1969 on the tiny Redd Coach Records, led to De-Lite Records signing Kool & the Gang and reissuing the 45. It reached No 19 in the US rythm & blues charts. They were on their way, and the album Wild and Peaceful in1973 showcased their dynamic blend of jazz and funk mixed with heavy percussion and vocal chants. Jungle Boogie and Hollywood Swinging broke Kool & the Gang into the US Top 10 rythm & blues and pop charts.

Although their 1976 song 'Open Sesame' featured on Saturday Night Fever’s bestselling soundtrack, Kool & the Gang struggled to adapt to disco, with the albums 'The Force' in 1977 and 'Everybody’s Dancin’ in1978 failing to find substantial success. They employed the singer James

“JT” Taylor and, with the Brazilian musician Eumir Deodato as producer, they made the album Ladies’ Night in 1979 and its hit title track gave Kool & the Gang their greatest hitherto success and broke them in the UK.

The band continued with new lead vocalists, yet never troubled the charts again. Having sold upwards of seventy million records, they remained a very popular live attraction, notably getting tens of thousands of Glastonbury festival revellers dancing in 2011. Rappers found their early albums fertile ground for samples and Kool & the Gang embraced this on the album Gangland in 2001, for which they re-recorded seventeen of their earlier tracks with rappers reinterpreting them. Alongside their many music awards, Kool & the Gang were given a star on the Hollywood Walk of Fame and a stretch of Jersey City road was renamed Kool & the Gang Way.

http://www.rockapaedia.com to your friends, colleagues and aquaintances. Thankyou.