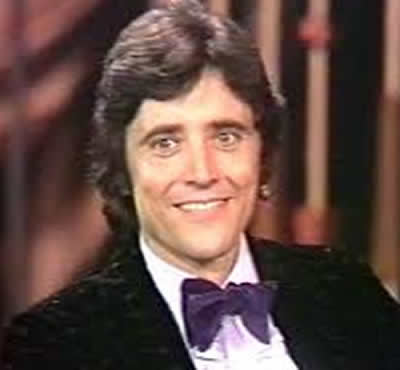 Sacha Distel died aged seventy-one on 22nd July 2004 at his mother's home in Rayol-Canadel, Southern France. He had been ill for some time and the main cause of death was apparently cancer of the stomach.

In an interview a month after Sacha Distel's death, his widow Francine said she knew that he had been unfaithful and that she knew it was going to happen and she also knew it was going to pass. Sacha had been involved with actress Brigitte Bardot in 1958, having invited her to his birthday party in St. Tropez. The relationship ended in 1959. He was romantically involved with singer Dionne Warwick. Sacha, did however, publicly state that he remained faithful to his wife and that anything he wanted in a woman he could get at home.

Sacha Distel was the son of a Russian-Jewish emigre who was born in Odessa, then the Russian Empire and French-Jewish pianist Andrée Ventura, born in Constantinople, in Turkey. His uncle, bandleader Ray Ventura, promoted jazz in the 1930s and was involved with swing music in France. After Ray Ventura settled in Paris, France, with his orchestra Les Collegiens, Sacha Distel gave up playing piano and switched to the guitar.

In 1948, Ventura invited Sacha Distel to hear Dizzy Gillespie perform with his orchestra. Sacha Distel's efforts led to the orchestra's split into two rival bands: Guy Wormser's New Orleans band and the cool jazz and bebop aficionados led by Sacha Distel. After meeting Hubert Damisch, a saxophonist, Sacha Distel founded the band that would allow him to be with the leaders. With help from Jean Marie Ingrand on bass, Mimi Perrin on piano, and Jean-Louis Viale on the drums, the band won the Coliseum's Night of Jazz Meilleur Petit Orchestre Moderne award, with Damisch and Sacha Distel winning prizes on the same night.

Sacha Distel became a professional jazz guitarist. During his career he worked with Dizzy Gillespie and Tony Bennett. He appeared on The Ed Sullivan Show in the l

ate 1950s after establishing himself as a French crooner. He rose to fame in 1958 with the song "Brigitte", a homage to Brigitte Bardot, with a photo of the couple on the cover. In the 1960s, he composed "La Belle Vie", a tune that made its way across the Atlantic as "The Good Life" and performed by Tony Bennett. French lyrics were added in the 1970s and it became Sacha Distel's signature tune. During the 1960s, he had a variety show on French television. His only British hit single came in 1970 with a cover of "Raindrops Keep Falling on My Head", the Oscar-winning Burt Bacharach/Hal David song from the movie Butch Cassidy and the Sundance Kid. Sacha Distel's version reached Number ten in the UK. In the 1970s, he became popular outside France and hosted the Miss World contest in London in 1977.

Sacha Distel appeared on TV variety shows in the UK throughout the 1970s and 1980s, including Seaside Special and The Val Doonican Show. Maintaining his popularity in his homeland, however, Sacha Distel recorded French versions of English-language hits, such as "Vite, Cherie, Vite" ("Beach Baby"), "Chanson Bleue" ("Song Sung Blue") and "Je T'Appelle Pour Dire Que Je T'Aime" ("I Just Called To Say I Love You"). He also recorded in German, Spanish and Italian to satisfy his audiences in other parts of Europe.

In August 1980, in honor of Queen Elizabeth The Queen Mother, Sacha Distel performed at Buckingham Palace to mark her 80th birthday.
On 12th of January 2004, Sacha Distel recorded an edition of Desert Island Discs for BBC Radio 4.