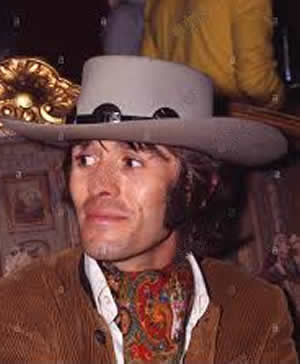 on 11th January 2005. He was survived by his three sons, Jeffrey, Jesse, and Jackson Dryden, six grandchildren, and his mother.

Spencer Dryden was born on April 7th 1938 in New York City, U.S.A. to Alice Chapple, a ballet dancer with Anna Pavlova's dance company as well as a member of the Radio City Ballet Company and to George Dryden Wheeler Jr. , an English born American actor and director who was a half-brother of Charlie Chaplin. Spencer carefully concealed his relationship to his world-famous half-uncle, not wanting to be judged on his name.

While Spencer Dryden was an infant, his father went to work as an assistant director for Chaplin and the family moved to Los Angeles. His parents divorced in 1943, but Spencer fondly recalled playing at his famous uncle's Hollywood studio as a child. In the late 1940's Spencer Dryden became friends with jazz fan Lloyd Miller, also born in 1938, and living down the street on Royal Boulevard in Rossmoyne in Glendale. Miller said they should start a band and encouraged Spencer Dryden to play drums. Since Spencer didn't have a drum set, Miller fashioned an instrument by thumb-tacking an old inner tube over a wooden barrel with no ends. Miller would pump his player piano, play cornet or clarinet and Dryden would bang out beats on the drum.

One day Lloyd walked up to the end of Royal to Spence's house and heard a full drum set which Spence had acquired and was playing Baby Dodd's solos to perfection even the difficult nerve sticks. Soon they had recruited trumpet player Buzz Leifer a Glendale High acquaintance of Spence's, a trombone player and a friend of Lloyd's Faith Jackson on piano and a banjo player. The band called the Smog City Six would rehearse in Lloyd's garage but soon his parents complained so they went on the road to appear on neighborhood lawns for short concerts. Soon they were a sought-after occurrence for their blitzkrieg lawn jams. Their final New Orleans jazz gig was for the spring festival at Miller's school Flintridge Prep after which Spence 'went modern' and began playing cool jazz in Hollywood and Los Angeles. Miller also added modern jazz to his styles and the two jammed a few more times at Miller's before losing contact.

Both musicians have made their mark in different ways. After Chaplin moved to Switzerland, Spencer's father managed Chaplin's business affairs in the U.S. until the Chaplin studios were sold in 1954. His father was a jazz fan, and took him to Los Angeles jazz clubs during the 1950s, which inspired Spencer's musical ambitions. His father died in 1957.;
In mid-1966 Spencer Dryden was recruited to replace Skip Spence as the drummer in leading San Francisco psychedelic band Jefferson Airplane. The former jazzer, together with bassist Jack Casady, created an exceptional rhythm section. A feature of live Airplane sets at the time were free-form improvisational jams, with Dryden's licks complementing Casady's fluid style, examples of which can be heard on "Thing" and "Bear Melt" from Bless Its Pointed Little Head. Also during this time, he had an affair with Grace Slick.

The song "Lather", appearing on the Airplane's 'Crown of Creation', is said to have been written by Grace Slick on the occasion of Spencer Dryden's thirtieth birthday. Its lyrics tell of a boy who stays as young as possible until one day when he is shattered by having finally, to grow up. The instrumental sections are wild and purposely discordant. On the news of his death, Slick and other band members wrote tributes to Spencer Dryden that appeared on the group's website. Spencer Dryden quit 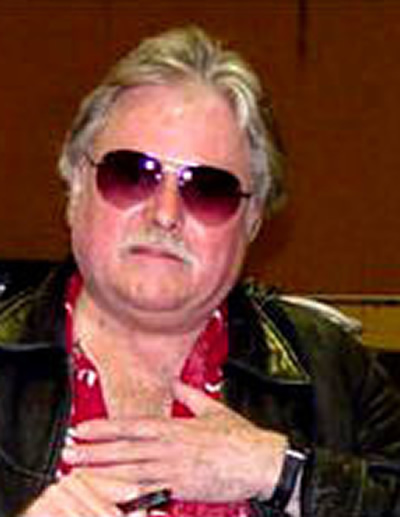 Jefferson Airplane in February 1970, motivated in part by the group's unpleasant experiences at the notorious Altamont Festival, during which lead singer Marty Balin was knocked unconscious by Hells Angels bikers, and a festival patron, Meredith Hunter, was fatally stabbed. Spencer Dryden seemed to have some sense of foreboding about the concert, as he initially did not want to play, saying the "vibes" were wrong.

Spencer Dryden left the music business for a short period, but returned to drumming as a member of the New Riders of the Purple Sage. He performed and recorded with them from late 1970 until 1977, at which point he became the manager of the band. After leaving the New Riders, Dryden went on to play a lengthy stint with the Dinosaurs and Barry Melton's band before retiring from drumming in 1995.
In 1996, Spencer Dryden was inducted into the Rock and Roll Hall of Fame along with the rest of Jefferson Airplane, playing with the band for the first time since 1970. He joined the group onstage for the last time in 2003, with the Jefferson Starship Galactic Reunion.

He lived in relative obscurity, reportedly in a small house on rented property with a few acres in Penngrove, California. He needed hip replacement and heart surgeries in the few years before his death. In 2004, musician Pete Sears organized a benefit with Dawn Holliday and Roger McNamee at Slims to help Spencer with expenses. Sears asked many musicians including Bob Weir of the Grateful Dead and Warren Haynes (Gov't Mule and the Allman Brothers Band), and they raised US$36,000 to help pay Spencer Dryden's medical bills. He also had lost his home due to a fire in 2003. Later, in 2004, he was diagnosed with cancer. Spencer's last public appearance was with Jefferson Airplane band members in 2004, at a DVD party for the release of the group's Fly documentary.