Syd Barrett died at his home in Cambridge aged sixty on 7th July 2006. The cause of death was pancreatic cancer and he had been s 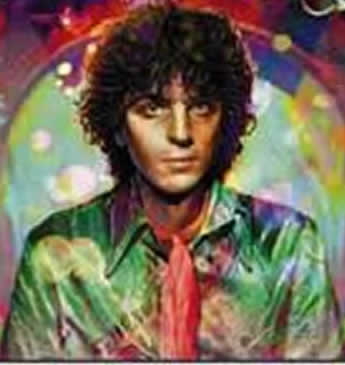 and work. Reporters and fans still travelled to Cambridge to seek him out, despite his attempts to live a quiet life and public appeals from his family for people to leave him alone. Many photos of Syd Barrett being harassed by paparazzi when walking or cycling from the 1980s until his death in 2006, have been published in various media. Apparently, Syd Barrett did not like being reminded about his musical career and the other members of Pink Floyd had no direct contact with him. However, he did visit his sister's house in November 2001 to watch the BBC Omnibus documentary made about him – reportedly he found some of it "a bit noisy", enjoyed seeing Mike Leonard of Leonard's Lodgers again, calling him his "teacher", and enjoyed hearing "See Emily Play" again.
Syd Barrett made a final public acknowledgement of his musical past in 2002, his first since the 1970s, when he autographed 320 copies of photographer Mick Rock's book Psychedelic Renegades, which contained a number of photos of him. Rock was perhaps the last person in the music industry with whom Barrett kept in contact. In 1971, Rock conducted the final interview of Barrett before his retirement from the music industry a few years later, and Syd Barrett subsequently turned up on Rock's London doorstep "four, maybe five times" for a cup of tea and conversation through 1978, before he moved back to Cambridge. They had not spoken in more than twenty years when Rock approached Syd Barrett to autograph his photography book, and he uncharacteristically agreed. Having reverted to his birth name "Roger" from his stage name "Syd" many years before, he had autographed the book simply "Barrett."