Tim Buckley died aged twenty-eight on 29th July 1975 in Los Angeles, California, U.S.A. after celebrating the culmination of his fin 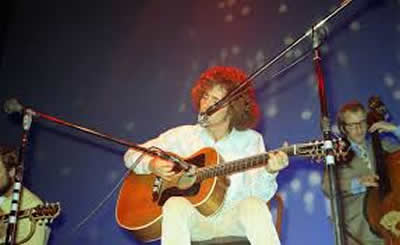 al tour with his band and friends.Tim had apparently ingested a bag of heroin and his reaction put him in such a bad state that friends took him home. Tim's wife Judy, seeing his condition, moved Tim into bed. Checking on him later, she found he had turned blue and was no longer breathing and was pronounced dead on arrival at hospital. The coroner's report stated that Tim Buckley died from "acute heroin/morphine and ethanol intoxication due to inhalation and ingestion of an overdose"

During 1969, Tim Buckley began to write and record material for three different albums: Lorca, Blue Afternoon, and Starsailor. Inspired by the singing of avant-garde musician Cathy Berberian, he decided to integrate the ideas of composers such as Luciano Berio and Iannis Xenakis in an avant-garde rock genre. He started to fully use his vocal range. According to Underwood, Tim Buckley knew that Lorca had little to no chance in the commercial market. Selecting eight songs that had yet to be recorded, these tracks evolved into the sessions for Blue Afternoon, an album that was quite similar to Happy Sad in style. In a 1977 article for Down Beat magazine, Underwood wrote that Tim Buckley's heart was not into the Blue Afternoon performances and that the album was a perfunctory response to please his business partners.
Neither album sold well: Lorca alienated his folk base, while Blue Afternoon was widely criticized as boring and tepid – not even good sulking music , as one critic wrote. Blue Afternoon was Tim Buckley's last album to hit the Billboard charts, reaching number 192. After the lack of success for both records, Tim Buckley began to focus more on what he felt to be his true masterpiece, 'Starsailor'.
Starsailor contained free jazz textures under his most extreme vocal performance, ranging from high shrieks to deep, soulful baritone. This personal album included the more accessible "Song to the Siren", a song which has since been covered by This Mortal Coil, Robert Plant, John Frusciante, Bryan Ferry, and Brendan Perry. The album, however, was a critical and commercial failure. Following its release, Tim Buckley's sales declined rapidly, and the quality of his live shows plummeted.
Unable to produce his own music and almost completely broke, he turned to alcohol and drug binges. He also considered acting, completing an unreleased low-budget film entitled 'Why'? (1971) after several abortive meetings with Hollywood producers. The film was an experimental use of the new medium videotape, commissioned by Technicolor. 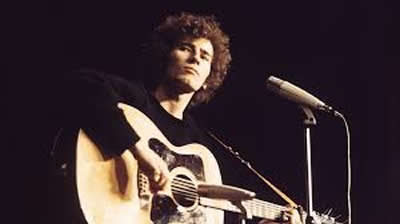 In April 1970, Tim Buckley married Judy Brejot Sutcliffe in Santa Monica, and adopted her son, Taylor Keith Sutcliffe.
Tim Buckley abruptly disbanded his Starsailor ensemble near the end of 1970, and assembled a new funk band. He cut three albums of what has been described as "sex funk": 'Greetings from L.A'., 'Sefronia' and 'Look at the Fool'. Tim Buckley had alienated much of his hippie fan base with his previous two albums, and his often sexually frank lyrics prevented the songs from receiving airplay. But he retained a cult following.
In 1975 Tim Buckley engaged the musical press regarding a live album comeback. Tim began performing revamped versions of material drawn from his entire career (except Starsailor and Lorca) as a response to the desires of his audience, which he had spurned in the past.