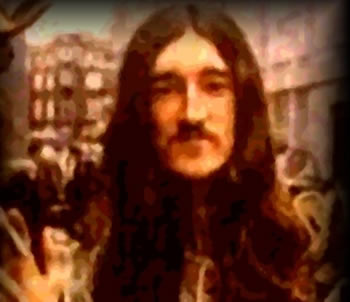 Vincent, birth name Vincent Rodney Cheesman, was born on 21st May 1943 in Reading, Berkshire, United Kingdom and taught himself boogie woogie piano as a teenager before attending Trinity College of Music between 1961 and 1964 and then, influenced by Graham Bond, he took up Hammond organ. In late 1966 he formed the Vincent Crane Combo, which comprised bass player Binky McKenzie, sax player John Claydon and drummer Gordon Hadler.

During their first tour of the United States in 1968, Vincent suffered a nervous breakdown and returned to the United Kingdom where he spent three to four months in a psychiatric hospital at Banstead, Surrey. Vincent rejoined the band but on a subsequent tour of the United States, the band disintegrated in June 1969 when Arthur Brown temporarily disappeared to a commune and Vincent and drummer Carl Palmer left to form Atomic Rooster, playing their first concert at the Lyceum in London on 29th August headlining over Deep Purple. Atomic Rooster enjoyed success in 1971 with two hit singles, "Tomorrow Night" and "Devil's Answer". Vincent Crane was the one constant member of the band through their almost constantly changing lineups, and wrote a majority of their material.

.
Vincent suffered from bipolar disorder from at least 1968 onwards, periodically necessitating treatment at both out and in-patient psychiatrical health treatment facilities.

Vinvent Crane collaborated with other musicians on a number of albums, including Rory Gallagher, Arthur Brown, Peter Green, Richard Wahnfried, and Dexys Midnight Runners. In 1983, he was part of the one-off blues outfit, Katmandu, with Ray Dorset, Len Surtees, and Peter Green, who recorded the album 'A Case for the Blues'.