Peter Green died aged seventy three on 25th July 2020, some thirty years after living through periods of mental illness and destitution throughout the 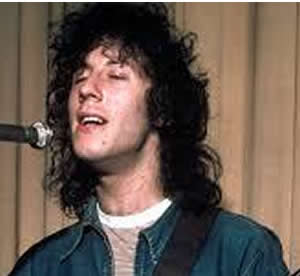 nineteen-seventies and the nineteen-eighties. He was survived by his ex-wife Jane and their daughter; Rosebud. Peter had moved in with his older brother Len and Len's wife Gloria, and his mother in a house in Great Yarmouth, where the process of a recovery began and he also lived for a period on Canvey Island, Essex.

Peter was born Peter Allen Greenbaum into a Jewish family in Bethnal Green, East London, UK on 29th October 1946, the youngest of Joe and Ann Greenbaum's four children. His brother, Michael, taught him his first guitar chords and by the age of eleven, Peter was teaching himself and was playing professionally by the age of fifteen. He first played bass guitar in a band called Bobby Dennis and the Dominoes, which performed pop chart covers and rock 'n' roll standards, including Shadows covers. He later stated that Hank Marvin was his guitar hero and he played the Shadows' song "Midnight" on the 1996 tribute album Twang. Peter went on to join a rhythm and blues outfit, the Muskrats, then a band called the Tridents in which he played a band called "Peter B's Looners" in which he first met drummer Mick Fleetwood.

In 1966, Peter Green and some other members of Peter B's Looners formed a further act called Shotgun Express, a Motown-style soul band which also included Rod Stewart, but Peter left this group after just a few months. From July 1966 Peter filled in as a member of John Mayall's Bluesbreakers.
Peter Green made his recording debut with John Mayall's Bluesbreakers in 1966 on the album A Hard Road which featured two of his own compositions, "The Same Way" and "The Supernatural". The latter was one of Peter Green's first instrumentals, which would soon become a trademark. In 1967, Peter Green decided to form his own blues band, Fleetwood Mac, and he then left the Bluesbreakers at that point.
Peter Green's new band, with former Bluesbreaker Mick Fleetwood on drums and Jeremy Spencer on guitar, was initially called "Peter Green's Fleetwood Mac". Within a month, in August 1967, they played at the Windsor National Jazz and Blues Festival and were quickly signed to the Blue Horizon record label. Their repertoire consisted mainly of blues covers and originals, mostly written by Peter Green, but some were written by slide guitarist Jeremy Spencer. In September 1967, John McVie joined the band on bass guitar.
Fleetwood Mac's second studio album, "Mr. Wonderful" was released in 1968 and continued with the formula of the first album. In the same year they scored a hit with Peter Green's song "Black Magic Woman", later covered by Santana, followed by the guitar instrumental "Albatross" in 1969, which reached number one in the British singles charts. More hits written by Peter Green followed including "Oh Well" and "Man of the World" in 1969 and "The Green Manalishi" in 1970. The double album "Blues Jam in Chicago" from 1969 was recorded at the Chess Records Ter-Mar Studio in Chicago, U.S.A.
In 1969, after signing with Immediate Records for one single, "Man of the World", they then signed with Warner Brothers' Reprise Records label and recorded their third studio album "Then Play On", prominently featuring the group's new third guitarist, eighteen year-old Danny Kirwan. Peter Green had first seen Danny in 1967 playing with the blues trio 'Boilerhouse' and was so impressed with his playing that he used the band as a support act for Fleetwood Mac.
Beginning with the melancholy lyric of Peter's hit song "Man of the World", his bandmates began to notice changes in Peter's state of mind. He had been taking large doses of LSD, grew a beard and began wearing robes and a crucifix. Mick Fleetwood recalls Peter Green becoming concerned about accumulating wealth saying he had conversations with Peter around that time and Peter seemed obsessed with us having not been making money.
While touring Europe in late March 1970, Peter Green took LSD at a party at a commune in Munich, an incident cited by Fleetwood Mac manager Clifford Davis as a crucial point in his mental decline. After a final performance on 20th May 1970, Peter Green left Fleetwood Mac.
On 27th June 1970 Peter Green appeared at the Bath Festival of Blues and Progressive Music with John Mayall's band and in 1971, he had a brief reunion with Fleetwood Mac, helping them to complete a U.S. tour after guitarist Jeremy Spencer had left the group.

At around this time, Peter's mental illness and drug use had become entrenched and he was eventually diagnosed with schizophrenia and spent time in psychiatric hospitals undergoing electroconvulsive therapy during the mid-nineteen-seventies. Various sources attest to his lethargic, trancelike state during this period.

During nineteen seventy-seven, Peter was arrested for threatening his accountant David Simmons with a shotgun. The exact circumstances are the subject of much speculation, the most well known being that Peter wanted Simmons to stop sending money to him. In a British Broadcasting Corporation documentary called 'Peter Green: Man of the World', Peter stated that at the time he had just returned from Canada needing money and that, during a telephone conversation with his accounts manager, he alluded to the fact that he had brought back a gun from his travels. His accounts manager promptly called the police, who surrounded Peter Green's house.
In nineteen seventy-nine, Peter Green began to re-emerge professionally again and with the help of his brother Michael, he was signed to a new record label and produced a string of solo albums beginning with 'In the Skies' and also made an uncredited appearance on Fleetwood Mac's double album 'Tusk', on the song "Brown Eyes", released the same year.
In nineteen eighty-one Peter Green contributed to "Rattlesnake Shake" and "Super Brains" on Mick Fleetwood's solo album 'The Visitor' and recorded various sessions with a number of other musicians notably the Katmandu album 'A Case for the Blues' with Ray Dorset of Mungo Jerry, Vincent Crane from The Crazy World of Arthur Brown and Len Surtees of The Nashville Teens. Despite attempts by the Gibson Guitar Corporation to start talks about producing a "Peter Green signature Les Paul" guitar, Peter Green's instrument of choice at this time was a Gibson Howard Roberts Fusion guitar. In 1986 Peter and his brother Micky contributed to the album .A Touch of Sunburn' by Lawrie 'The Raven' Gaines (under the group name 'The Enemy Within').
In nineteen ninety-eight Peter Green was quoted as saying: "I'm at present recuperating from treatment for taking drugs. It was drugs that influenced me a lot. I took more than I intended to. I took LSD eight or nine times. The effect of that stuff lasts so long ... I wanted to give away all my money ... I went kind of religious. I thought I could do it, I thought I was all right on drugs. My failing!"
Along with the other members of Fleetwood Mac, Peter Green was inducted into the Rock and Roll Hall of Fame in nineteen ninety-eight. In the early twenty-first Century there were rumours of a reunion of the early line-up of Fleetwood Mac, involving Peter Green and Jeremy Spencer. The two guitarists and vocalists were apparently unconvinced of the merits of such a project, but in April two thousand and six, during a question-and-answer session on the Penguin Fleetwood Mac fan website, bassist John McVie said of the reunion idea: " If we could get Peter and Jeremy to do it, I'd probably do it too.
During May two thousand and nine, Peter Green was the subject of the BBC Four documentary 'Peter Green: Man of the World' produced by Henry Hadaway and in February twenty-twenty an all-star tribute concert was performed at the London Palladium, billed as "Mick Fleetwood and Friends Tribute to Peter Green". The Guitar World review mentioned that Peter Green was not in attendance and possibly unaware of the event.
Peter Green formed the Peter Green Splinter Group in the late nineteen nineties with the assistance of Nigel Watson and Cozy Powell and the group released nine blues albums, mostly written by Nigel Watson. Early in two thousand and four, a tour was cancelled and the recording of a new studio album stopped when Peter Green left the band and moved to Sweden. Shortly thereafter Peter signed on to a tour with the British Blues All Stars scheduled for the following year. In February two thousand and nine, Peter Green began playing and touring again, this time as Peter Green and Friends.
Peter Green was keen on expressing emotion in his songs, rather than showing off how fast he could play. He has been praised for his swinging shuffle grooves and soulful phrases and favoured the minor mode and its darker blues implications. His distinct tone can be heard on "The Supernatural", an

instrumental written by himself for the John Mayall and Bluesbreakers' nineteen sexty-seven album 'A Hard Road' and this song demonstrates Peter Green's control of harmonic feedback. The sound is characterised by a shivering vibrato, clean cutting tones and a series of ten-second sustained notes. These tones were achieved by Peter controlling feedback on a Les Paul guitar.
Many rock guitarists have cited Peter Green as an influence, including Gary Moore, Joe Perry of Aerosmith, Andy Powell of Wishbone Ash, and more recently, Mark Knopfler and Noel Gallagher.