Ella Fitzgerald died aged seventy-nine from a stroke at 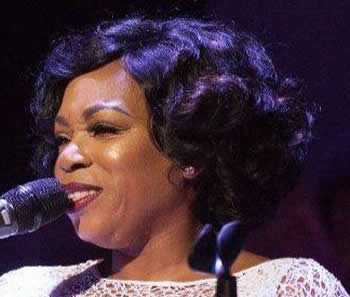 the lyrics but improvises magnificently to compensate.
Verve Records was sold to MGM in 1963 for $3 million and in 1967 MGM failed to renew Ella Fitzgerald's contract. Over the next five years she flitted between Atlantic, Capitol and Reprise. Her material at this time represented a departure from her typical jazz repertoire. For Capitol she recorded Brighten the Corner, an album of hymns, Ella Fitzgerald's Christmas, an album of traditional Christmas carols, Misty Blue, a country and western-influenced album, and 30 by Ella, a series of six medleys that fulfilled her obligations for the label. During this period, she had her last US chart single with a cover of Smokey Robinson's "Get Ready", previously a hit for the Temptations, and some months later a top-five hit for Rare Earth.
The surprise success of the 1972 album Jazz at Santa Monica Civic '72led Granz to found Pablo Records, his first record label since the sale of Verve. Ella Fitzgerald recorded some 20 albums for the label. Ella in London recorded live in 1974 with pianist Tommy Flanagan, guitarist Joe Pass, bassist Keter Betts and drummer Bobby Durham, wasconsidered by many to be some of her best work. The following year she again performed with Joe Pass on German television station NDR in Hamburg. Her years with Pablo Records also documented the decline in her voice. "She frequently used shorter, stabbing phrases, and her voice was harder, with a wider vibrato", one biographer wrote. Plagued by health problems, Ella Fitzgerald made her last recording in 1991 and her last public performances in 1993.

song: 'Georgia On My Mind' by Ella Fitzgerald