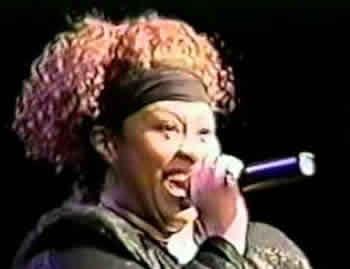 Kim English died aged forty-eight on 2nd April, 2019 in Chicago U.S.A.. Kim's  death is thought to have been due to the fact that she had been dealing with kidney failure for five years and was on dialysis and awaiting a transplant.

Her minister said that Kim would probably still be alive if she received a new kidney but she did not come up on the list for one.”

Kim English was survived by her son Christopher, her parents Annie Joyce English and R

onald English, and her brothers Eric, Richard and Ronald Carl.

Between 1999 and 2002 Kim scored six hits in succession, five of those went to number one: "Unspeakable Joy", "Missing You", "Bumpin' and Jumpin'", "Everyday" and "Treat Me Right". All of these hit singles (excluding "I Know a Place") are featured on her debut album Higher Things, released in late 1998 on the New York City based record label, Nervous Records NYC. "Unspeakable Joy" and "Everyday" went on to become her most successful radio hits. The album also featured a cover version of Anita Baker's song "Been So Long".

Kim English began as a gospel singer and many of her most popular songs contain references to God, faith and belief in oneself. By 2007, Kim English had earned her sixth, seventh and eighth US dance number-ones with "It Makes a Difference", "C'est La Vie" and "My Destiny". All three hits are from her second album, titled My Destiny, which was released in late September 2006. All of her hits were released on Nervous Records. September 2009 saw the release of the single "Nothing's Impossible".