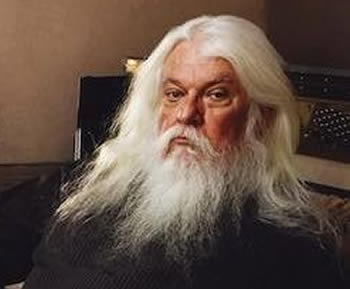 He was born Martin Joseph Grebb on 2nd September, 1945 in Chicago, Illinois, U.S.A., and raised in Chicago and began studying music after his eighth birthday. His early interest in music can be attributed to his father, who was a saxophonist and played in the big-band era, both on the road and in the clubs of Chicago. Marty, however, chose piano as his first instrument, turning to saxophone later.
In 1966, a band in Marty's locality, The Buckinghams, required the services of a keyboardist, and he was asked to join them. Around this time, the Buckinghams were introduced to James William Guercio, a former bassist and road manager for Chad & Jeremy who found them a management contract with Ebbins-Guercio Associates. They went on to have three (Billboard) and five (Cashbox) top-ten national selling singles and three top twenty albums with Marty Grebb for Columbia Records.
After the Buckinghams, Marty Grebb toured with a number of artists, including Leon Russell, Elton John, Muddy Waters, and Bonnie Raitt as a member of her band for twenty-five years. He was also a touring member of the band Chicago in 1980 and 1981.
Later, Marty Grebb was a member of The Weight Band, featuring former members and collaborators of The Band (Bob Dylan's group). Marty contributed to The Band's Jericho and Jubilation albums. In July 2017, PBS's Infinity Hall Live

program aired a televised performance by The Weight Band, featuring new music by them.