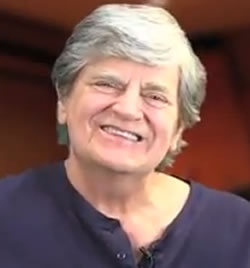 January 2014 of lung disease at Providence Saint Joseph Medical Center in Burbank, California, U.S.A. It was just sixteen days before his seventy-fifth birthday. Phil's widow Patti openly blamed her husband's death on his smoking habit, which caused him to develop chronic obstructive pulmonary disease, and recounted Phil spending his final years having to carry oxygen tanks with him wherever he went and taking twenty different types of medications each day. She stated that although Phil had quit smoking in 2001, his lungs had already sustained permanent damage. Phil Everly's last public appearance was in 2011, at Buddy Holly's induction to Hollywood Boulevard's Star Walk of Fame, and he was then struggling to catch his breath as he addressed the crowd. Patti Everly established the Phil Everly Memorial COPD Foundation in 2014.

Phil Everly was born in Chicago, Illinois, U.S.A. in 1939. His parents were Isaac Milford "Ike" Everly, Jr. , a guitar player, and Margaret Embry Everly. Phil spent most of his childhood in Shenandoah, Iowa. He attended Longfellow Elementary School in Waterloo, Iowa, for a year, but then moved to Shenandoah in 1944, where he remained through early high school.
Ike Everly had a show on KMA and KFNF in Shenandoah in the mid-1940s, first with his wife and then with his sons who sang on the radio as "Little Donnie and Baby Boy Phil." The family sang as the Everly Family. .
The Everly family moved to Knoxville, Tennessee, in 1953, where Phil and Don attended West High School. Phil attended Peabody Demonstration School in Nashville, from which he graduated in 1957. ]
While in Knoxville, the Everly brothers caught the attention of family friend Chet Atkins, manager of RCA Victor's studio in Nashville. They became a duo and moved to Nashville.
Chet Atkins introduced them to Wesley Rose, of Acuff-Rose music publishers who told them he would get them a recording deal if they signed to Acuff-Rose as songwriters. They duly signed in late 1956, and in 1957 Rose introduced them to Archie Bleyer, who was looking for artists for his Cadence Records. The Everlys signed and made a recording in February 1957. "Bye Bye Love" had been rejected by 30 other acts. Their record reached Number two on the pop charts. The song, by Felice and Boudleaux Bryant, became the Everly Brothers's first milli

on-seller.
Working with the Bryants, they had hits in the United States and the United Kingdom, the biggest being "Wake Up Little Susie," "All I Have to Do Is Dream," "Bird Dog," and "Problems."
Don and Phil Everly toured with Buddy Holly in 1957 and 1958. According to Holly's biographer Philip Norman, they were responsible for persuading Holly and the Crickets to change their outfits from Levi's and T-shirts to the Everlys' Ivy League suits. Don said Buddy Holly wrote and composed "Wishing" for them. Although some sources say Phil Everly was one of Holly's pallbearers in February 1959, Phil said in 1986 that he attended the funeral and sat with Holly's family, but was not a pallbearer.
After three years on Cadence, the Everlys signed with Warner Bros. Records in 1960, with which they remained for 10 years. Their first hit for Warner Brothers, 1960's "Cathy's Clown," which Don and Phil wrote and composed themselves, sold eight million copies and became the duo's biggest-selling record.
Other successful Warner Brothers singles followed in the United States, such as "So Sad (To Watch Good Love Go Bad)", "Walk Right Back", "Crying in the Rain",), and "That's Old Fashioned" , their last top 10 hit. From 1960 to 1962, Cadence Records released Everly Brothers singles from the vaults, including "When Will I Be Loved", written and composed by Phil, and "Like Strangers."
In the UK, they had top 10 hits until 1965, including "Lucille"/"So Sad", "Walk Right Back"/"Ebony Eyes", "Temptation", "Cryin' in the Rain" and "The Price of Love". They had 18 singles into the UK top 40 with Warner Brothers in the 1960s. By 1962, the brothers had earned thirty-five million dollars from record sales.


Do you like this website? If so, then please copy and email the link:
http://www.rockapaedia.com to your friends, colleagues and aquaintances. Thankyou.