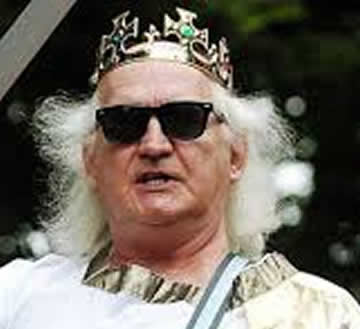 Wayne Fontana died aged seventy-four from cancer on 6th August 2020. He was survived by his long-term partner, a daughter and two sons
Wayne was born Glyn Geoffrey Ellis in Levenshulme, Manchester, Lancashire, United Kingdom on 28th October 1945 and took his stage name from Elvis Presley's drummer, D. J. Fontana. In June 1963 he formed his backing group, the Mindbenders, and secured a recording contract with, coincidentally, Fontana Records. With the band, Wayne Fontana released his biggest single "The Game of Love" and after several less successful singles he left the band in October 1965, quitting reportedly during a concert performance.

Wayne Fontana remained under contract to Fontama Records after parting with the Mindbenders and soldiered on alone, using musicians working under the name of the Opposition, sometimes billed as the Mindbenders, sometimes just as the Wayne Fontana Band. Struggling to achieve chart success, Wayne Fontana recorded a number of songs by outside writers, with B-sides being mostly his own compositions. Wayne Fontana's biggest solo single, "Pamela, Pamela", written by Graham Gouldman, reached Number five in Australia's Kent Music Report and Number eleven on the UK Singles Chart in early 1967. It was his last single to chart in the UK. The later singles included another Gouldman composition, "The Impossible Years". In 1970 he was one of the first performers at the Glastonbury Festival. After a streak of flopped releases, Wayne Fontana took a break from music beginning in 1970.

In 1973, trying to re-launch his career, Wayne Fontana recorded yet another Graham Gouldman song, "Together". It was backed with an original song, "One-Man Woman", that was co-produced with Eric Stewart, an ex-bandmate from the Mindbenders. The single failed to chart. Following his last single, "The Last Bus Home", released by Polydor in 1976, he largely left the music business and he told the Daily Express newspaper in 2017 that he went into self-retirement, drank too much and didn't know where he was half the time.

In 2005, Wayne fought off bankruptcy but was arrested after police were called by bailiffs who went to his home in Glossop, Derbyshire. He then poured petrol onto the bonnet of a bailiff's car and set it alight with the bailiff still inside. Wayne Fontana was remanded in custody on 25th May 2007 and later appeared at Derby Crown Court dressed as Lady Justice, complete with a sword, scales, crown, cape and dark glasses, and claiming "justice is blind" then dismissed his lawyers. On 10th November 2007 Wayne was sentenced to eleven months in prison for setting fire to the car but was released because he had already served the equivalent of the term, having been held under the Mental Health Act

In March 2011 Wayne Fontana was arrested at the Palace Theatre, Manchester, after failing to appear in court in Wakefield, over an unpaid speeding fine.
Wayne however, continued to perform, notably in the Solid Silver 60s Shows.

Do you like this website? If so, then please copy and email the link:
http://www.rockapaedia.com
to your friends and colleagues and aquaintances.
Thankyou.