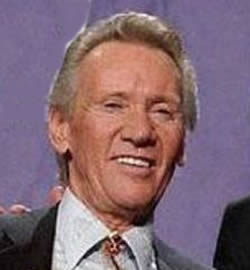 Bobby Hatfield died aged sixty-three on 5th November 2003 at the Radisson Hotel in downtown Kalamazoo, Michigan, U.S.A. . He was found by an employee at the hotel. He apparently died in his sleep, hours before a scheduled Righteous Brothers concert. In January 2004, a toxicology report concluded that an overdose of cocaine had precipitated a fatal heart attack. The initial autopsy found that Bobby Hatfield had advanced coronary disease.
Bobby Hatfield was born in Beaver Dam, Wisconsin, U.S.A. and moved with his family to Anaheim, California, when he was four years old. He attended Anaheim High School, where he played football and baseball, and was co-captain of the basketball team. He was student body president in the 1957-1958 school year, graduating in 1958. He briefly considered signing as a professional ballplayer, but his passion for music led him to pursue a singing career while still attending high school. He eventually encountered his singing partner, Bill Medley, while attending California State University.
Bobby Hatfield initially was in a group from Anaheim called the Variations. In 1962, Bobby Hatfield joined forces with Bill Medley and formed a five-member group using the name Paramours. They first performed at a club called John's Black Derby in Santa Ana. Later they performed as a duo and named their singing act The Righteous Brothers. and chose the name after black Marines remarked of their singing, "that's righteous, brothers" and called them "righteous brothers" Their first charted single as the Righteous Brothers was "Little Latin Lupe Lu" released under the label Moonglow Records, and they appeared regularly on the television show Shindig!. Bobby Hatfield also recorded as solo artist with Moonglow.
In 1964, they appeared in a show at the Cow Palace near San Francisco and met the music producer Phil Spector, whose group The Ronettes was also in the show. Phil Spector was impressed and signed them to his own label Philles Records. Their first No. 1 was "You've Lost That Lovin' Feelin'," produced by Phil Spector in 1964. Follow-up hits included "Unchained Melody," which was actually a Bobby Hatfield solo performance. After the success of "Unchained Melody", Spector then started recording older standards with the Righteous Brothers such as "Ebb Tide", which Bobby Hatfield also performed solo, and it reached the Top 5. Both "Unchained Melody" and "Ebb Tide" were songs he had performed with his first group, the Variations.
In 1966, the Righteous Brothers left Phil Spector and signed with Verve/MGM Records, and had a hit with "(You're My) Soul and Inspiration". However the duo broke 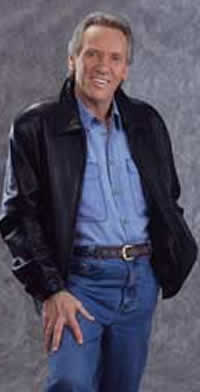 up in 1968, and Bobby Hatfield teamed up with singer Jimmy Walker using the Righteous Brothers name on the MGM label. The new partnership released an album but did not have much success. Bobby Hatfield recorded a number of singles as a solo artist, such as the self-penned "Hang Ups" and covers of older songs, but "Only You" was the only lowly charted single. In 1969, Bobby Hatfield also appeared in a TV movie, The Ballad of Andy Crocker. In 1971, he released a solo album, Messin' In Muscle Shoals, recorded at the FAME Studios in Muscle Shoals in August 1970. However, MGM was in financial trouble, a scheduled single "The Promised Land"/"Woman You Got No Soul" was not released, and with little promotion the album largely went unnoticed. Bobby Hatfield and Medley reunited in 1974, and had another hit, the No. 3 "Rock and Roll Heaven." A hiatus followed between 1976 and 1981 when Medley retired from music after his wife died, but they reunited for an anniversary special on American Bandstand in 1981 to perform an updated version of "Rock And Roll Heaven". In 1990, after the success of the 1990 film Ghost where "Unchained Melody" was used,Bobby Hatfield re-recorded "Unchained Melody", and remarked to friends that he had not lost any of the high notes in his tenor range since the original recording, but had actually gained one note. The duo then toured extensively all through the 1990s and early 2000s. The Righteous Brothers were inducted into the Rock and Roll Hall of Fame in March 2003 by Billy Joel.
Bobby Hatfield had a short marriage with Joy Ciro, who appeared as a dancer on the T.A.M.I. Show and Where the Action Is. They had two children, Bobby, Jr. and Kalin. Bobby Hatfield married Linda in 1979, and they remained married until his death. His wife suffered from lupus, and Bobby set up an annual golf tournament, the Bobby Hatfield Charity Golf Classic, to raise funds for charities for the disease. The couple had two children, Vallyn and Dustin.

song: 'My Prayer ' by The Righteous Brothers