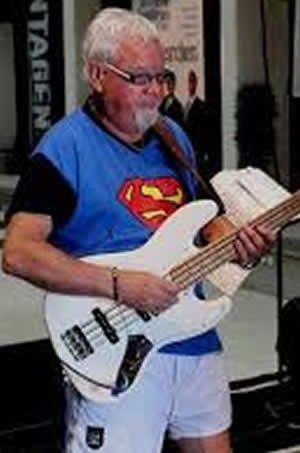 Eric Haydock died aged seventy-five of undisclosed causes on 5th January 2019. Eric was born Eric John Haddock on 3rd February 1943 in Stockport, Cheshire, United Kingdom. He was the original bass guitarist of The Hollies from December 1962 until July 1966 and one of the first British musicians to play a Fender Bass VI, a six-string bass guitar. Eric, however, was replaced in 1966 by Bernie Calvert, after disputes related to the conduct of the Holllies' managers.

On 15th March 2010, Eric Haydock along with other fellow Hollies was inducted into the Rock and Roll Hall of Fame.