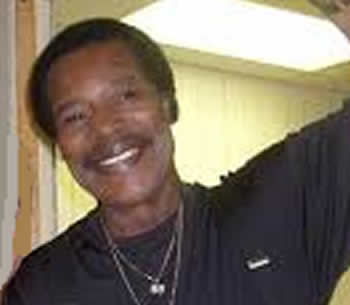 Pervis Jackson died aged seventy from cancer on 18th August, 2008 in Detroit, Michigan, U.S.A. He was an American R&B singer, noted as the man behind the deep, rolling bass voice for The Spinners, and was one of the group's original members. Pervis was survived by his wife Claudreen, who said he had recently learned he had cancer.

Pervis was born on 17th May, 1938 in New Orleans, Louisiana, United States of America and was perhaps best known for his line of "12:45" from the Spinner's Billboard charting Top 10 hit "Games People Play", released in 1975.
A native of the New Orleans area, Pervis was one of the original five members of the Spinners, which started out in the late 1950s singing doo-wop in Detroit. They worked under the Motown label in the 1960s but shot to stardom after moving to Atlantic Records in the 1970s. With songs like “Mighty Love,” “I’ll Be Around,” “One of a Kind (Love Affair)” and “Then Came You,” the Spinners were a constant on the American R&B and pop charts of the 1970s. The Spinners were alleged to have compiled 12 gold records.

Pervis Jackson last performed on 19th July 2008 in California with the remaining original members of the group, Bobbie Smith and Henry Fambrough, and two new members.

Do you like this website? If so, then please copy and email the link:
http://www.rockapaedia.com to your

music: The Very Best Of The Spinners