Merle Haggard died on 6th April 2016, his Seventy-Ninth birthday. He died of complications from pneumonia at his home in Palo Cedro, Shasta County, 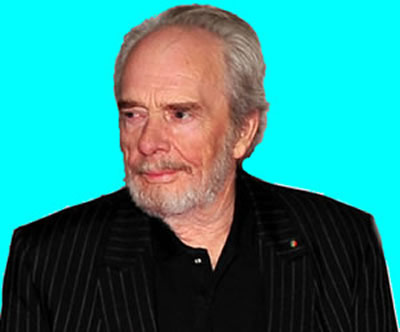 enopause," around this time.
Merle Haggard was hampered by financial woes well into the 1990s, as his presence on the charts diminished in favor of newer country singers, such as George Strait and Randy Travis. Merle Haggard's last number-one hit was "Twinkle, Twinkle Lucky Star" from his smash album Chill Factor in 1988.
In 1989, Merle Haggard recorded a song, "Me and Crippled Soldiers Give a Damn," in response to the Supreme Court's decision not to allow banning flag burning, considering it to be "speech" and therefore protected under the First Amendment. After CBS Records Nashville avoided releasing the song, Merle Haggard bought his way out of the contract and signed with Curb Records, which was willing to release the song. Merle Haggard commented about the situation, "I've never been a guy that can do what people told me.... It's always been my nature to fight the system."
In October 2005, Merle Haggard released his album Chicago Wind to mostly positive reviews. The album contained an anti-Iraq war song titled "America First," in which he laments the nation's economy and faltering infrastructure, applauds its soldiers, and sings, "Let's get out of Iraq, and get back on track." This follows from his 2003 release "Merle Haggard Like Never Before" in which he includes a song, "That's The News." Merle Haggard released a bluegrass album, The Bluegrass Sessions, in October 2007.
In 2008, Merle Haggard was going to perform at Riverfest in Little Rock, Arkansas, but the concert was canceled because he was ailing, and three other concerts were cancelled, as well. However, he was back on the road in June and successfully completed a tour that ended on October 19th 2008.
In April 2010, Merle Haggard released a new album, I Am What I Am, to strong reviews.

song:'Okie From Muskogee' by Merle Haggard