Michael Jackson died aged fifty years from Cardiac Arrest on 25th of June 2009 in Los Angeles, California, U.S.A. His memorial was held on the following 7th July after which a private family service was held at the Forest Lawn Memorial Park's Hall of Liberty in Los Angeles.

Michael was born Michael Joseph Jackson on August 29, 1958. He 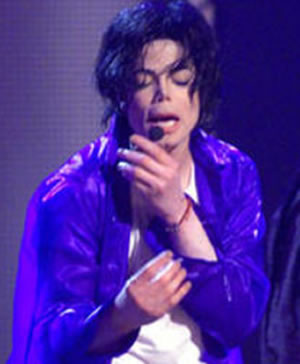 died after suffering cardiac arrest. Some time before his death, it was reported that he was starting a clothing line with Christian Audigier. Michael
Jackson's first posthumous song released entirely by his estate was "This Is It", which he had co-written in the 1980's with Paul Anka. It was not on the setlists for the concerts, and the recording was based on an old demo tape. The surviving brothers reunited in the studio for the first time since 1989 to record backing vocals. On October 28th 2009, Sony released a documentary film about the rehearsals, Michael Jackson's This Is It. Despite a limited two-week engagement, it became the highest-grossing documentary or concert film of all time, with earnings of more than two-hundred-and-sixty million dollars worldwide. Michael Jackson's estate received 90% of the profits. The film was accompanied by a compilation album of the same name. Two versions of "This Is It" appear on the album, which also featured original masters of Michael Jackson's hits in the order in which they appear in the film, along with a bonus disc with previously unreleased versions of more Michael Jackson hits and a spoken-word poem, "Planet Earth". At the 2009 American Music Awards, Michael Jackson won four posthumous awards, two for him and two for his album 'Number Ones', bringing his total American Music Awards to twenty-six.
On June 25th 2009 Michael Jackson stopped breathing while attempting to sleep under the care of Conrad Murray, his personal physician. Murray had reportedly given Jackson an array of medications in an attempt to help him sleep at his rented mansion in Holmby Hills, Los Angeles. Attempts at resuscitating Michael Jackson were unsuccessful. Los Angeles Fire Department paramedics received a 911 call at 12:22 pm arriving three minutes later. Michael Jackson was reportedly not breathing and CPR was performed. Resuscitation efforts continued en route to Ronald Reagan UCLA Medical Center, and for more than an hour after arriving there at 1:13 pm. Michael was pronounced dead at 2:26 pm.
Michael Jackson's death triggered a global outpouring of grief. The news spread quickly online, causing websites to slow down and crash from user overload, and putting unprecedented strain on services and websites including Google, AOL Instant Messenger, Twitter, and Wikipedia. Overall, web traffic ranged from 11% to at least 20% higher than normal. MTV and BET aired marathons of Michael Jackson's music videos. Michael Jackson specials aired on television stations around the world. MTV briefly returned to its original music video format, airing hours of Michael Jackson's music videos, accompanied by live news specials featuring reactions from MTV personalities and other celebrities.

song: 'Man In The Mirror' by Michael Jackson