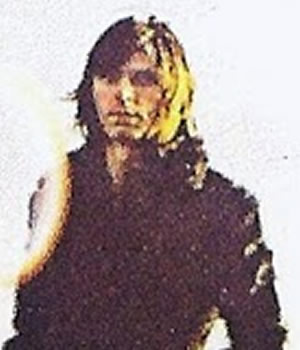 Dead.
His third solo album, entitled No More Changes, was also released in 1975. Appearing on the album are Nicky Hopkins (lead vocals and all keyboards), David Tedstone (guitars), Michael Kennedy (guitars), Rick Wills (bass), and Eric Dillon (drums and percussion), with back-up vocals from Kathi McDonald, Lea Santo-Robertie, Doug Duffey and Dolly. A fourth album, Long Journey Home, has remained unreleased. He also released three soundtrack albums in Japan between 1992 and 1993, The Fugitive, Patio and Namiki Family.
During 1979-1989, Nicky was playing and touring with Los Angeles-based Night, who had a hit with a cover of Walter Egan's "Hot Summer Nights".
Nicky Hopkins, given his long association with The Who, was a key instrumentalist on the soundtrack for the 1975 Ken Russell film, Tommy. Nicky played piano on most of the tracks, and is acknowledged in the album's liner notes for his work on the arrangements for most of the songs.
In addition to recording with the Beatles in 1968, Nicky Hopkins worked with each of the four when they went solo. Between 1970 and 1975, he appeared on many projects by John Lennon, George Harrison and Ringo Starr, making key contributions to the critically acclaimed solo albums Imagine, Living in the Material World and Ringo. He worked only once with Paul McCartney, on the 1989 album Flowers in the Dirt.
Nicky Hopkins lived in Mill Valley, California, for several years. During this time he worked with several local bands and continued to record in San Francisco. One of his complaints throughout his career was that he did not receive royalties from any of his recording sessions, because of his status at the time as merely a "hired hand", as opposed to pop stars with agents. He received songwriting credit for his work with the Jeff Beck Group, including an instrumental, "Girl From Mill Valley", on the 1969 album Beck-Ola. Only Quicksilver Messenger Service, through its manager Ron Polte and its members, gave Nicky an ownership stake. Towards the end of his life he worked as a composer and orchestrator of film scores, with considerable success in Japan.
In the early 1980s, Nicky Hopkins credited the controversial Church of Scientology-affiliated Narconon rehabilitation program with vanquishing his drug and alcohol addictions; he ultimately remained a Scientologist for the rest of his life.


Do you like this website? If so, then please copy and email the link:
http://www.rockapaedia.com to your friends, colleagues and aquaintances. Thankyou.