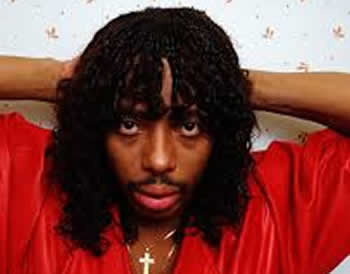 cardiac failure at home in Los Angeles, California, U.S.A. He was buried at Forest Lawn Cemetery in Buffalo, New York, U.S.A. His autopsy found alprazolam, diazepam, bupropion, citalopram, hydrocodone, digoxin, chlorpheniramine, methamphetamine, and cocaine in his blood but the coroner stated that none of the drugs were found to be at levels that were life-threatening in and of themselves.
Rick James (James Ambrose Johnson Jr) was survived by various partners and their children; sons, Rick Jr and daughters Ty and Tazman.