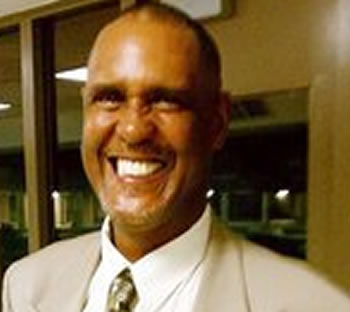 30th December, 1998 in London, United Kingdom. He was survived by his wife Jennifer, and their three sons.
Born John Darrel Moore on 15th December, 1934 in Selma, Alabama, United States of America, Johnny Moore began as lead of the Cleveland based group the Hornets, before being discovered by the Drifters whom he joined aged twenty-one as lead vocalist in New York in 1955.
Johnny was drafted into the US Army for national service and upon returning he recorded as a soloist under the name "Johnny Darrow". He then rejoined the Drifters, then with four new members, and became the lead singer in 1964, after the death of Rudy Lewis, who was due to record "Under the Boardwalk" the next day, and Johnny Moore then did instead. Subsequently, he became permanent lead and had a string of hits with the Drifters in the 1960s, most notably "Saturday Night At The Movies", "Come On Over To My Place", "At The Club" and "Up In The Streets Of Harlem". He remained with the Drifters touring the United Kingdom from early 1970 to 1998, establishing him as the Drifter's longest-serving member.
Having relocated to the United Kingdom in the early 1970's, Johnny Moore and the Drifters scored with a string of hits, "Kissin' in the Back Row of the Movies", "There Goes My First Love", "Can I Take You Home Little Girl", "He

llo Happiness" and "You're More Than a Number in My Little Red Book". In 1982, exhausted, he left the Drifters and then launched his own group based in London.