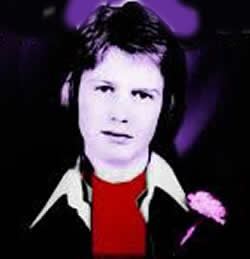 Billy Lyall was born: William Billy Lyall on 26th March 1953 in Edinburgh, Scotland. Billy had briefly been a substitute members of the Bay City Rollers before their breakthrough. After Billy joined Pilot, they signed to a worldwide recording deal with EMI Records.

The 1974 single "Magic" from their first album, produced by Alan Parsons was a Number Eleven UK hit and Number Five in America. It sold over one million copies, and was awarded a gold disc by the R.I.A.A. in August 1975.

The song "January" gave them their greatest success in the UK, securing the number one spot in the UK Singles Chart on 1st February 1975. It stayed at number one for three weeks and also went to number one in Australia where it stayed up top for eight weeks; in the United States, it reached the lower end of the Hot 100.

Pilot's other singles chart successes were "Call Me Round" and "Just a Smile" both in 1975 and which hit the top 40 in the UK but not elsewhere.