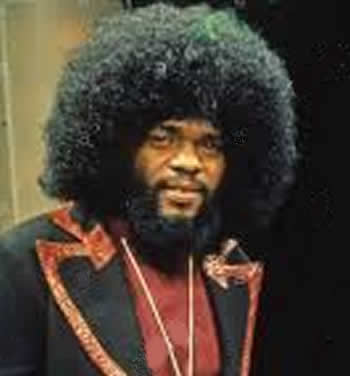 d. Billy Preston, among many of George's longtime friends, performed in the 2002 Concert for George at the Royal Albert Hall in London. Billy Preston's performance of "My Sweet Lord" received critical acclaim. Additionally, he sang "Isn't It a Pity", provided backing vocals on most of the other songs, and played the Hammond organ for the show.
In 2002, Billy Preston appeared on the Johnny Cash album American IV: The Man Comes Around, playing piano on "Personal Jesus" and "Tear-Stained Letter".
In 2004, Billy Preston toured with the Funk Brothers and Steve Winwood in Europe, and then with Eric Clapton in Europe and North America. After the Clapton tours, he went to France, where he was featured in one episode of the Legends Rock TV Show. His performance included a duet with Sam Moore on "You Are So Beautiful"; and was Billy Preston's last filmed concert.
In 2004, Billy Preston performed as a jazz organist on Ray Charles' Genius Loves Company, an album of duets, on the song "Here We Go Again" with Charles and Norah Jones.
In March 2005, he appeared on the American Idol fourth season finale. Playing piano, he performed "With You I'm Born Again" with Vonzell Solomon, who finished the contest in third place. The same year, he recorded "Go Where No One's Gone Before", the main title song for the anime series L/R: Licensed by Royalty.
Billy Preston played clavinet on the song "Warlocks" for the Red Hot Chili Peppers album Stadium Arcadium. Although very ill by this point, he jumped out of his bed after hearing a tape of the song given to him by the band, recorded his part, and went back to bed. Billy Preston's final recorded contributions were the gospel-tinged organ on the Neil Diamond album 12 Songs , and his keyboard work on The Road to Escondido in 2006 by Eric Clapton and J. J. Cale.
In late 2005, Billy Preston made his last public performance, in Los Angeles, to publicize the re-release of the 1972 documentary film The Concert for Bangladesh. He played a set of three Harrison songs – "Give Me Love", "My Sweet Lord" and "Isn't It a Pity" – with Dhani Harrison and Ringo Starr joining on guitar and drums, respectively, for the last song.

Do you like this website? If so, then please copy and email the link: http://www.rockapaedia.com to your friends, colleagues and aquaintances.
Thankyou.

song: 'With You I'm Born Again' by Billy Preston