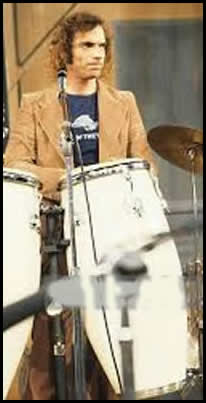 24th December 1992 in Los Angeles, California, U.S.A.. He was survived by his separated wife, Rosaunu, his daaughter, Beverly and sons Barry, John, Marty and Rick.

Bobby was born Robert Jay LaKind on 3rd November, 1945 in New York, U.S.A.. He was a conga player, vocalist, songwriter and occasional backup drummer with The Doobie Brothers. Bobby LaKind was from Teaneck, New Jersey, U.S.A. and after graduating from High School, he attended the University of Kentucky.