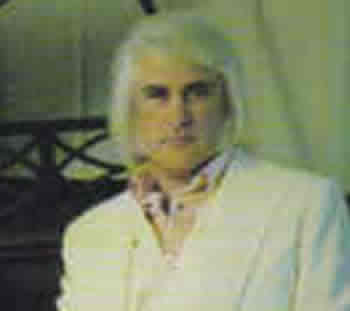 t to drinking gin and tonics while waiting in the dressing room. The show was long, so by the time Charlie was supposed to go on, the drinks on top of the medication got him buzzed.
The slump in Charlie's career was exacerbated by the fact that his records began to sound increasingly similar: pop-inflected country ballads with overdubbed strings and little of the jazz or blues Charlie Rich had performed his entire life. He did not have a top-10 hit again until "Rollin' With the Flow" went to number one on the country charts (as well as number 32 on the easy listening charts) in 1977. Early the following year, in 1978, Charlie signed with United Artists Records, and throughout that year, he had hits on both Epic and UA. His hits in 1978 included the top-10 hits "Beautiful Woman", "Puttin' In Overtime At Home", and his last number one with "On My Knees", a duet with Janie Fricke.
Charlie Rich struggled throughout 1979 having hits with United Artists and Epic. His singles were moderate hits that year, the biggest of them on either UA or Epic was a version of "Spanish Eyes", which became a top-20 country hit. Charlie Rich appeared as himself in the 1978 Clint Eastwood movie, Every Which Way but Loose, in which he performed the song "I'll Wake You Up When I Get Home". This song hit number three on the charts in 1979 and was the last top-10 single of his career. In 1980, he switched labels again to Elektra Records, and released a number-12 single, "A Man Just Don't Know What a Woman Goes Through" in the fall of that year. One more top-40 hit followed, the Gary Stewart song "Are We Dreamin' the Same Dream" early in 1981, but Charlie Rich decided to remove himself from the spotlight. For over a decade, he was silent, living off his investments in semiretirement and only playing occasional concerts. He also played a bit part in the 1981 movie Take This Job and Shove... It which yielded his last charted single, "You Made It Beautiful".
In 1992, Charlie Rich released Pictures and Paintings, a jazzy album that was produced by journalist Peter Guralnick. This album was released via Sire Records. It received positive critical reviews and restored Charlie Rich's reputation as a musician, but it was his last album. In 2016, a tribute album entitled 'Feel Like Going Home': The Songs of Charlie Charlie Rich, was released by Memphis International Records. Tom Waits, who was an opening act for Charlie Rich in the 1970s, mentions him in the song "Putnam County" from his album 'Nighthawks at the Diner' with the lyric: "The radio's spitting out Charlie Charlie Rich... He sure can sing, that son of a bitch."

Do you like this website? If so, then please copy and email the link:http://www.rockapaedia.com to your friends, colleagues and aquaintances.
Thankyou.