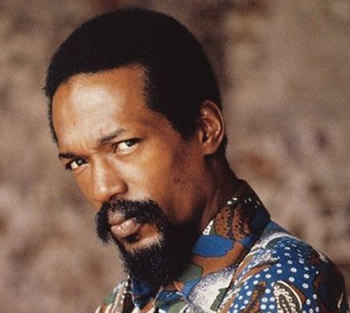 in Birmingham, Alabama, U.S.A. on 5th October 1992. He was survived by his three children: Parris, Aika, and Paul Eddie Kendricks. Eddie was buried in Elmwood Cemetery, Birmingham, Jefferson County, Alabama, U.S.A.
In late 1991, Eddie had undergone surgery to have one of his lungs removed in the hope of preventing the spread of the cancer. He continued to tour through the summer of 1992, after which he fell ill again and was then hospitalized.

ble song is "Intimate Friends" (1977), which was sampled for the Alicia Keys song "Unbreakable", "A Penny for My Thoughts" by Common, Sparkle's "Time to Move on" on her self-titled first studio album, and for Sweet Sable's "Old Time's Sake" from the soundtrack for the 1994 2pac film, Above the Rim. Erykah Badu also sampled "Intimate Friends" for her song "Fall in Love (Your Funeral)", as well as his song "My People... Hold on" for her song "My People" on her album New Amerykah Part One (4th World War).
Exasperated by a lack of creative and financial control, Eddie Kendricks left Motown in 1978, with the requirement of signing away the rights to his royalties. He moved first to Arista Records, and later to Atlantic Records. By this time, his popularity had waned, and he was also gradually losing his upper range as a result of chain smoking.
David Ruffin and he briefly re-joined the Temptations for a 1982 reunion tour. The group, then a seven-piece act, also recorded a reunion album, and enjoyed a hit with the Rick James-written-and-produced "Standing on the Top". Eddie Kendricks sang a few lead lines on the song but had no leads on any of the LP's other tracks. In an interview with Tom Meros, Dennis Edwards, Eddie Kendricks' former Temptations band mate, claimed that Eddie Kendricks had issues hitting the higher notes during recording sessions for the album. Because of his singing difficulty, Edwards said that Eddie Kendricks went to a physician to examine his vocal ability. The physician discovered a "pin drop" of cancer on one of his lungs. However, Eddie Kendricks reportedly refused to undergo chemotherapy at the time because of fear that he would lose his hair.
Ruffin and Kendricks reportedly met up one night when Ruffin went to watch Kendricks perform in a nightclub; Kendricks spotted Ruffin in the crowd, pointed him out, and invited him to come up on stage and perform with him. Afterward they talked about touring on their own and recorded an album as a duo for RCA in 1988.

song: 'Goin' Up In Smoke' by Eddie Kendricks