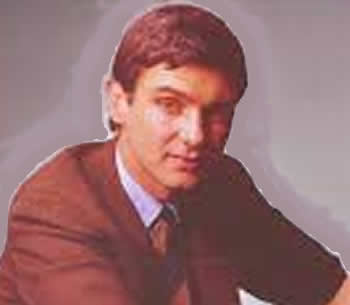 hilst touring the UK and his manager found him dead in his hotel room in Cardiff, Wales, U.K. An autopsy found the cause of death to be a heart attack and that he had severely occluded coronary arteries. His final show at Cardiff's St David's Hall had earned him a standing ovation. He was survived by his wife Lynne and their three sons Todd, Chris, and David. His remains were buried at Somers Center Cemetery in Somers, Connecticut, U.S.A.
In September 2007, a plaque to Gene Pitney was unveiled at the town hall in his hometown of Rockville, Connecticut, U.S.A. where members of his family attended. The Gene Pitney Commemorative Committee established a music scholarship in Gene's name.
At the height of his fame in 1966, Gene Pitney married his childhood sweetheart, Lynne Gayton, and the couple had three sons, Todd, Chris, and David. Gene Pitney maintained a residence on Crystal lake in Ellington, Connecticut, and often engaged in water-skiing with his friends
Gene Pitney was born Gene Francis Alan Pitney on 17th February 1940, in Hartford, Connecticut. He was the third of five children of a lathe operator, and lived with his family in Rockville, Connecticut, U.S.A. during his formative years.
Gene Pitney’s early influences were Clyde McPhatter, country-blues singer Moon Mullican, and doo-wop groups such as the Crows. He attended Rockville High School where he formed his first band, Gene & the Genials. Gene Pitney was an enthusiastic doo wop singer and sang with a group called the Embers.
Signed to songwriter Aaron Schroeder's newly formed Musicor label in 1961, Gene Pitney scored his first chart single, which made the Top 40, the self-penned "(I Wanna) Love My Life Away," on which he played several instruments and multi-tracked the vocals. He followed that same year with his first Top 20 single Town Without Pity in1961 which won a Golden Globe Award and was nominated for an Academy Award for Best Song, but lost the award to "Moon River". Gene Pitney performed the song at the Oscars ceremony in April 1962.
Gene Pitney is also remembered for the Burt Bacharach–Hal David song " Liberty Valance", which peaked at number four in 1962. Though it shares a title with the John Wayne western, the song was not used in the film because of a publishing dispute. That same year "Only Love Can Break a Heart" became his highest charting song in the US at number two, followed in December by "Half Heaven, Half Heartache", which reached number twelve on the Billboard chart.
Meanwhile, Gene Pitney wrote hits for others, including "He's a Rebel" for the Crystals, later covered by both Vikki Carr and Elkie Brooks, "Today's Teardrops" for Roy Orbison, "Rubber Ball" for Bobby Vee, and "Hello Mary Lou" for Ricky Nelson. The Crystals' version of "He's A Rebel" kept Gene Pitney's own number two hit "Only Love Can Break a Heart," his highest-charting single in the U.S., from the top spot.
Gene's popularity in the UK market was ensured by the breakthrough success of "Twenty Four Hours from Tulsa," a Bacharach and David song, which peaked at number five in Britain at the start of 1964. It was only Gene Pitney's third single release in the UK to reach the singles chart, and the first to break into the Top Twenty there; it was also a hit in the U.S.A., peaking at number seventeen on the Hot 100.
The Jagger/Richards song "That Girl Belongs to Yesterday" was a number seven UK hit for Gene Pitney in 1964.
After low-charting single, 1964's "Yesterday's Hero", Gene Pitney rebounded with another string of hits in the mid-1960s, including the 1964 singles "It Hurts to Be in Love" and "I'm Gonna Be Strong", which reached number 7 and number 9, respectively, in the U.S., and 1966's "Nobody Needs Your Love", which peaked at number 2 in the UK, matching the number 2 UK peak of "I'm Gonna Be Strong". "It Hurts to Be in Love" had been planned for and recorded by Neil Sedaka. The writers, Howard Greenfield and Helen Miller, presented the song to Gene Pitney. Miller replaced Sedaka's voice with Gene Pitney's, though Sedaka's trademark backing harmonies were left intact.
In 1965, Gene Pitney recorded two successful albums with country singer George Jones. They were voted the most promising country-and-western duo of the year. Gene Pitney also recorded songs in Italian, Spanish and German, and twice finished second in Italy's annual Sanremo Music Festival, where his strong vibrato reminded older listeners of the Italian tenor Enrico Caruso. He had a regional hit with "Nessuno mi può giudicare".
Gene Pitney's career in the U.S. took a downturn after mid-1966, when "Backstage" ended another run of Top 40 hits. He returned one last time to the Top 40 with "She's a Heartbreaker" in mid-1968 and placed several singles in the lower reaches of the Hot 100 after that, but by 1970 he was no longer a hit-maker in the U.S.
Gene Pitney maintained a successful career in Britain and the rest of Europe into the 1970s, appearing regularly on UK charts as late as 1974. In Australia, after a fallow period in the early 1970s, Gene Pitney returned to Top 40 in 1974, as both Blue Angel and Trans-Canada Highway were substantial hits. Gene Pitney continued to place records in the Australian charts through 1976, including the hit "Down This Road," written and produced by distant relation Edward Pitney. They also collaborated in the production of the hit song "Days of Summer."
In the early 1970s, Gene Pitney decided to spend only six months each year on the road.

Gene Pitney's last hit on the UK charts came in 1989, after an absence of fifteen years, when he and Soft Cell singer Marc Almond recorded a duet version of "Something's Gotten Hold of My Heart" by British writers Roger Cook and Roger Greenaway. The song had been a UK number five hit for Gene in 1967. The duet brought him his first UK number one, in late January 1989. The single remained at the top for four weeks, and also went to number one elsewhere in Europe.
On 18th March 2002, Gene Pitney was inducted into the Rock and Roll Hall of Fame.