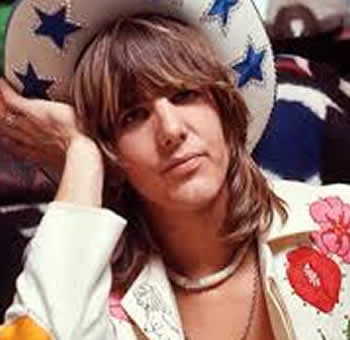 ry Williams' "Bony Moronie". This was soon scrapped in favor of a second album of originals on an extremely reduced budget.
Faced with a dearth of new material, most of the album was hastily written in the studio by Leadon, Hillman, and Gram Parsons, with two Gilded Palace of Sin outtakes thrown into the mix. The resulting album, entitled Burrito Deluxe, was released in April 1970. Although it is considered less inspired than its predecessor, it is notable for the Gram Parsons-Hillman-Leadon song "Older Guys" and for its take on Jagger and Richards' "Wild Horses", the first recording released of this famous song. Gram Parsons was inspired to cover the song after hearing an advance tape of the Sticky Fingers track sent to Kleinow, who was scheduled to overdub a pedal steel part; although Kleinow's part was not included on the released Rolling Stones version, it is available on bootlegs. Ultimately—and to the chagrin of Hillman, who was not keen on the song amid the band's creative malaise—Jagger and Richards consented to the cover version.
Like its predecessor, Burrito Deluxe underperformed commercially. Disenchanted with the band, Gram Parsons left The Flying Burrito Brothers in mutual agreement with Hillman, who was long fatigued by his friend's unprofessionalism. Under Hillman's direction, The Flying Burrito Brothers recorded one more studio album before dissolving in the autumn of 1971.
In a recent interview with American Songwriter Chris Hillman explained that the greatest legacy of the Flying Burrito Brothers and Gram Parsons is they were the alternative country band. They couldn't get on country radio and they couldn't get on rock radio! They were the outlaw country band for a brief period.