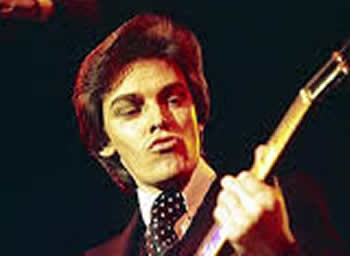 was survived by his wife and three children. Ian had been a musician who played rhythm guitar with the first incarnation of the 1970's band Be-Bop Deluxe.

Ian was born in Wakefield, Yorkshire, United Kingdom on 1st July 1950. He befriended Bill Nelson when both were attending Ings Road secondary Modern School and they made their musical live debut at a school Christmas concert, as a guitar duo. Later, they formed The Cosmonauts, which even later became The Strangers.

Further on in time, Ian and Bill Nelson founded Flagship, later to become Be Bop Deluxe. Ian Parkin, however, played only on the first album of the band, "Axe Victim", released in 1974, leaving the band shortly afterwards. He continued, however, with the music business until his untimely death.