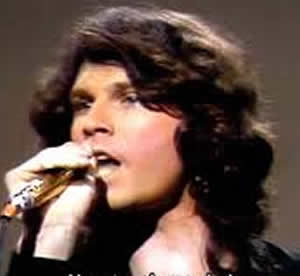 Paris apartment he had rented on the rue Beautreillis . The official cause of death was listed as heart failure, although no autopsy was performed, as it was not required by French law. In letters he described going for long walks through the city, alone. During this time, he shaved his beard and lost some of the weight he had gained in the previous months. . He was found by his girlfriend Pamela Courson in a bathtub at his apartment.

he Doors' keyboardist Ray Manzarek described Courson as Morrison's "other half". Jim Morrison spoke to Courson through his lyrics and his poetry and dedicated his published poetry book 'The New Creatures' to her. Songs like "Love Street", "Queen of the Highway", "Blue Sunday", and "Indian Summer" as well as many of his poems were said to be written about her.
Jim Morrison also reportedly often had sex with groupies and had numerous short flings with other musicians, as well as writers and photographers involved in the music business. They included Nico, the singer associated with the Velvet Underground, a one-night stand with singer Grace Slick of Jefferson Airplane, an on-again, off-again relationship with 16 Magazine's Gloria Stavers as well as an alleged alcohol-fueled encounter with Janis Joplin. Nico also wanted to marry Jim Morrison and they cut their thumbs in the desert with a knife and let their blood mingle. Nico said that they exchanged blood and she carried his blood inside her.
In 1970, Jim Morrison participated in a Celtic Pagan handfasting ceremony with rock critic author Patricia Kennealy. The couple signed a document declaring themselves wed, but none of the necessary paperwork for a legal marriage was filed with the state. Kennealy discussed her experiences with Jim Morrison in her autobiography 'Strange Days:My Life With and Without Jim Morrison'.
In July 1971, Janet Erwin documented in her journal having dated Jim Morrison during the last few weeks before he traveled to Paris. She wrote the essay "Your Ballroom Days Are Over."
At the time of Jim Morrison's death there were at least three paternity actions pending against him, although no claims were made against his estate by any of the putative paternity claimants. Pamela Des Barres later said in her autobiography that Jim Morrison "turned out to be very much a one-woman man", referring to his relationship with Pamela Courson.

Do you like this website? If so, then please copy and email the link:
http://www.rockapaedia.com to your friends and aquaintances.
Thankyou.