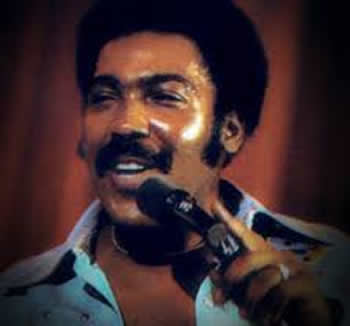 Cancer on 20th June 1997 in Southfield, Michigan, U.S.A. He was interred in Woodlawn Cemetery. Lawrence Payton had eleven children.
One of his sons, Roquel, went on to sing with the Four Tops. Lawrence was born Lawrence Albert Payton on 2nd March 1938 in Detroit, Michigan U.S.A.

He was an American tenor, songwriter, vocal arranger, musician and record producer for the Four Tops.

Lawrence Payton and Renaldo Benson both attended Northern High School in Detroit and met Levi Stubbs and Abdul Fakir at a school birthday party.
The four teenagers began singing in 1953 as The Four Aims but later changed their name to the Four Tops.

Although successful in the local area as a performance group, recording success eluded them until signing with the newly established Tamla Motown label in 1963.

They then became one of the biggest recording acts of the sixties, charting more than two dozen hits through to the early eighties.

They are listed by Billboard Magazine as one of the Top 100 Artists of All Time.
Lawrence Payton is credited for the vocal arrangements and the "smooth seamless harmony' of the Tops sound.
He also sang lead on many songs but he was often overshadowed by the more popular Levi Stubbs who praised Lawrence Payton

's contribution saying that he did everything music wise, had a terrific ear, was a terrific guy, had perfect pitch and just knew what he was doing and was a genius.

The original Four Tops enjoyed continued success as a headline performance act and remained together for forty-three years until Lawrence Payton's death.

song: 'Tell Me You Love Me' by Lawrence Payton