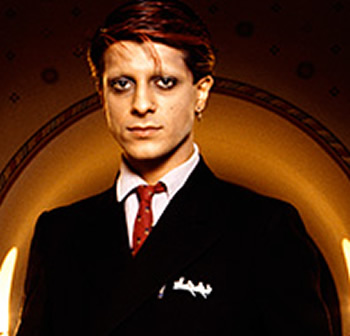 d up with David Batt, who played acoustic guitar.
Mick Karn was principally the bassist within Japan, but also played all the wind instruments, including the saxophone; on Tin Drum, he played the Chinese suona (credited as 'dida') for the authentic oriental sound. Mick Karn's use of the fretless bass guitar, a relatively unusual instrument in modern popular music, produces a distinctive sound and playing style, which makes his playing immediately recognisable.
Mick Karn played an aluminium-neck Travis Bean bass on all Japan albums up to Gentlemen Take Polaroids. Mick Karn recorded Japan's last studio album Tin Drum with a Wal and had continued to use these, along with a headless Klein 'K Bass'.