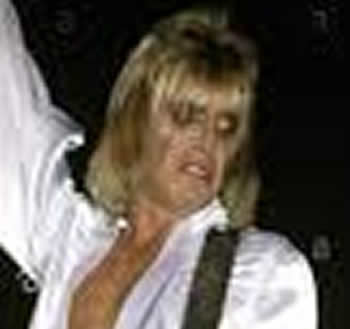 an appearance on a record by The Toll and played lead on the band's song, "Stand in Winter", from the album The Price of Progression.
In 1991, Mick Ronson produced the Swedish cult band The Leather Nun's album, Nun Permanent, adding backing vocals and guitar overdubs on several tracks. At the end of the production, during a short visit to his sister in London, Mick Ronson was diagnosed with cancer. In 1992 he produced Morrissey's album, Your Arsenal. The same year, Mick Ronson's final high-profile live performance was his appearance at The Freddie Mercury Tribute Concert. He played on "All the Young Dudes" with Bowie and Hunter; and "Heroes" with Bowie. .