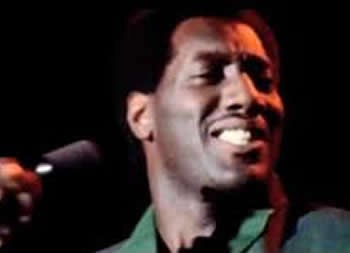 t the stage of his last major concert. According to Sweet Soul Music, musicians including Brian Jones and Jimi Hendrix were captivated by his performance; Robert Christgau wrote in Esquire, "The Love Crowd screamed one's mind to the heavens."
Before Monterey, Otis Redding wanted to record with Conley, but Stax was against the idea. The two moved from Memphis to Macon to continue writing. The result was "Sweet Soul Music" which peaked at number 2 on the Billboard Hot 100. By that time Otis Redding had developed polyps on his larynx, which he tried to treat with tea and lemon or honey. He was hospitalized in September nineteen-sixty-seven at Mt. Sinai Hospital in New York to undergo surgery.
In early December nineteen-sixty-seven, Otis Redding again recorded at Stax. One new song was " Dock of the Bay", which was written with Steve Cropper while they were staying with their friend, Earl "Speedo" Simms, on a houseboat in Sausalito. Otis Redding was inspired by the Beatles album Sgt. Pepper's Lonely Hearts Club Band and tried to create a similar sound, against the label's wishes. His wife Zelma disliked its atypical melody. The Stax crew were also dissatisfied with the new sound; Stewart thought that it was not Rythm&Blues, while bassist Donald "Duck" Dunn feared it would damage Stax's reputation. However, Otis Redding wanted to expand his musical style and thought it was his best song, correctly believing it would top the charts.

song: 'I've Been Loving You Too Long' by Otis Redding