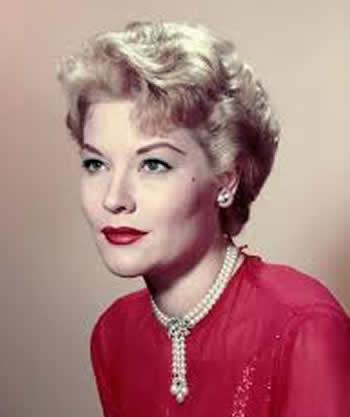 Seacrest Village Retirement Community in Encinitas, California. U.S.A. She was buried at El Camino Memorial Park in San Diego.
Pattie was married three times: first to University of Wisconsin student Jack Skiba in May 1948. They moved to New York, but she asked for and received a no-fault divorce in Wisconsin within a year. Her next marriage was to Charles O'Curran, a choreographer, in 1956. O'Curran had been previously married to actress Betty Hutton. Pattie Page and O'Curran adopted a son, Danny, and a daughter, Kathleen but they divorced in 1972.
Pattie Page's last marriage was to Jerry Filiciotto in 1990. The couple owned a maple syrup business in New Hampshire and resided in Solana Beach, California. Jerry Filiciotto died on 18th April 2009.
Pattie Page's longtime collaborator arranger Vic Schoen once recalled that Pattie was one of the nicest and most accommodating singers he had ever worked with. Pattie and Schoen remained close friends and spoke regularly until his death in 2000.

mp. Pattie Page and Jack White were put together on the phone during the interview, talking to each other about their views on "Conquest".
Pattie Page sang "Summer Me, Winter Me" for Michel Legrand's 50th Anniversay concert at the MGM Grand, and on the recording, it is evident she had forgotten the words.
Pattie Page continued to tour actively until September 2012, when she announced, on her web page, her retirement from performing, for health reasons.
During the late 1940s, when Pattie Page recorded for Mercury Records, its top A&R man was Mitch Miller, who, despite having left Mercury for Columbia Records in 1950, produced most of Pattie Page's music. Miller found that the simple-structured melodies and story lines in country songs could be adapted to the pop market. Pattie Page, who was born in Oklahoma, felt comfortable using this idea. Many of Pattie Page's most successful hits featured a country music arrangement, including her signature song, "Tennessee Waltz", as well as "I Went to Your Wedding" and "Changing Partners". Some of these singles charted on the Billboard Country Chart during the 1940s, 1950s, and early 1960s.
Many other artists were influenced by Pattie Page, and incorporated country arrangements into their own songs, including The Andrews Sisters and Bing Crosby.