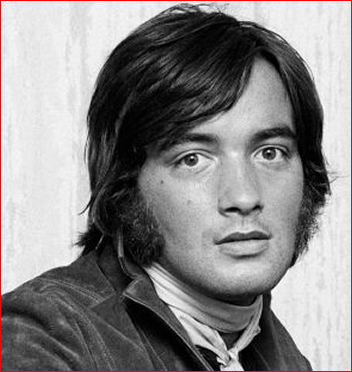 Paul was born Paul Sapherson on 24th October nineteen-forty-eight and was the son of 1950's pop singer Marion Ryan.
He began performing with his twin brother Barry at the age of sixteen.
In 1965 they signed a recording contract with Decca under the name of Paul & Barry Ryan.

Within two years they had amassed eight Top 50 singles in the UK. Their best sellers were "Don't Bring Me Your Heartaches", a number 13 hit in 1965, "I Love Her", a number 17 hit in 1966 and "Have Pity on the Boy", a number 18 hit the same year.
This success took its toll on Paul, who was unable to cope any longer with the stress of show business.
It was decided that Barry would now continue as a solo artist, enabling Paul to stay out of the limelight and write songs for his twin to perform.
Their greatest achievement as a composer-singer duo, was "Eloise", a number 2 hit in 1968.
It sold over one million copies and was awarded a gold disc. "Love is Love", their next chart entry, also became a million-seller.
Paul Ryan was born in Leeds, Yorkshire, U.K. Besides Barry Ryan'

s 1968 hit, "Eloise", Paul wrote the 1971 hit "Who Put the Lights Out?" for Dana and another of his songs, "I Will Drink the Wine", was a UK hit single for Frank Sinatra.
In the 1970s, Paul Ryan relocated to the United States. In 1976, he released an album, Scorpio Rising.
After returning to the U.K. in 1985, he earned his living from operating a chain of hairdressing salons.