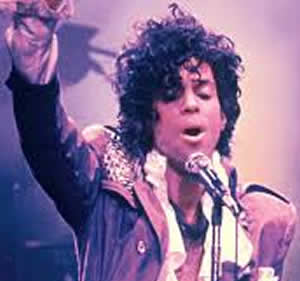 aisley Park, California, U.S.A. His representatives called Dr. Howard Kornfeld, a California specialist in addiction medicine and pain management, on April 20th 2016 seeking medical help for him. Kornfeld scheduled to meet with 'Prince' on April 22nd and he contacted a local physician who cleared his schedule for a physical examination on April 21st. On April 21st the Carver County Sheriff's Office received a 9-1-1 call requesting that an ambulance be sent to Prince's home at Paisley Park. The caller initially told the dispatcher that an unidentified person at the home was unconscious, then moments later said he was dead, and finally identified the person as 'Prince' Rogers Nelson. The caller was Dr. Kornfeld's son, who had flown in with buprenorphine that morning to devise a treatment plan for opioid addiction. Emergency responders found 'Prince' Rogers Nelsonun responsive in an elevator and performed CPR, but a paramedic said he had been dead for about six hours, and they were unable to revive him. A press release from the Midwest Medical Examiner’s Office in Anoka County on June 2nd stated that 'Prince' Rogers Nelson had died of an accidental overdose of fentanyl.
Following an autopsy, his remains were cremated. On April 26th 2016, 'Prince' Rogers Nelson's sister and only full sibling Tyka Nelson filed court documents in Carver County, to open a probate case, stating that no will had been found. 'Prince' Rogers Nelson's five half-siblings also have a claim to his estate, that sums millions of dollars and included real state, stocks, cars, etc.
'Prince' Rogers Nelson's cremated remains were placed into a custom, 3D printed urn shaped like the Paisley Park estate.

On May 16th, 2000, 'Prince' Rogers Nelson stopped using the Love Symbol moniker and returned to using 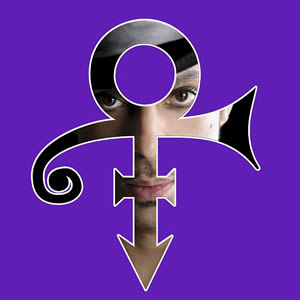 ng credits and create merchandise.
Following his death, fans left flowers, purple balloons, and mementos beneath 'Prince' Rogers Nelson's star painted on the front of the First Avenue nightclub.
'Prince' Rogers Nelson saw Dr. Michael T. Schulenberg, a Twin Cities specialist in family medicine in Excelsior, on April 7th 2016, and again on April 20th. On April 7th 'Prince' Rogers Nelson postponed two performances at the Fox Theatre in Atlanta from his Piano & A Microphone Tour; the venue released a statement saying he had influenza. 'Prince' Rogers Nelson rescheduled and performed the show on April 14th even though he still was not feeling well. While flying back to Minneapolis early the next morning, he became unresponsive, and his private jet made an emergency landing at Quad City International Airport in Moline, Illinois, where he was hospitalized and received Narcan, but he left against medical advice. Representatives said he suffered from dehydration and had influenza for several weeks. 'Prince' Rogers Nelson was seen bicycling the next day in his hometown of Chanhassen. He shopped that evening at the Electric Fetus in Minneapolis for Record Store Day and made a brief appearance at an impromptu dance party at his Paisley Park recording studio complex, stating that he was feeling fine. On April 19th he attended a performance by singer Lizz Wright at the Dakota Jazz Club.

song: 'Diamonds and Pearls' by Prince.