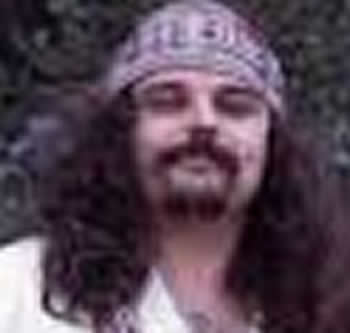 Ron developed a close friendship with fellow keyboardist Tom Constanten based on their mutual aversion to psychedelics and eventually served as best man at Constanten's first wedding. While his bandmates and friends were using cannabis, LSD, and other hallucinogenic drugs, Ron McKernan preferred alcoholic beverages such as Thunderbird and Southern Comfort. Ironically, Ron McKernan was arrested and fined after a cannabis bust in November 1967, at 710 Ashbury Street, the Dead's communal home, even though he did not use the drug. The event was covered in the first issue of Rolling Stone, where the reporter noted Ron McKernan had a substantial rifle collection and Ron McKernan's picture appeared on a contemporary report in the San Francisco Chronicle.
In the early years of the Grateful Dead, Ron McKernan was easily recognisable by his biker image, making him a minor celebrity. In 1969, the band's record company, Warner Bros., ran a "Pigpen Look-Alike Contest".

music: 'It Hurts Me Too' by Grateful Dead