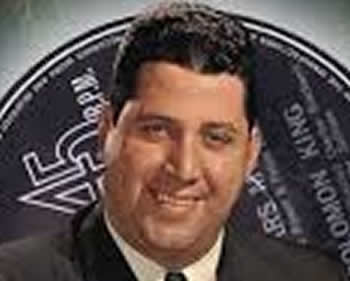 Solomon was born Allen V. Levy on 13th August 1931 in Lexington, Kentucky,U.S.A. and as a teenager he attended the Cincinnati Conservatory of Music, and was offered a scholarship to study Cantatorial Music.

Solomon King married Canadian journalist Henny Lowy in 1960, and they spent twenty years living in Bolton, England, where the couple had four children. After a divorce in 1980, he moved back to the United States, where he wed a further two times.

Solomon first began singing professionally in 1952. Under his first pseudonym, Randy Leeds, his records such as "I'm Gonna Live Til I Die" did not sell. Solomon was the first white singer taken on tour by Billie Holiday, as well as working with Elvis Presley's backing group the Jordanaires, whom he used as his own backing group when recording his first version of "She Wears My Ring" in Nashville, Tennessee.

Solomon King's chart success in the UK began with "She Wears My Ring", which was a top three hit in 1968, and was also a hit in 40 other countries, but failed to reach the U.S. Billboard Hot 100 chart. "She Wears My Ring", based on La Golondrina ("The Swallow)" by the Mexican composer Narciso Serradel Sevilla, was written by the Nashville husband and wife team Boudleaux and Felice Bryant. Also in 1968, "When We Were Young", written by songwriting duo Les Reed and Barry Mason was a number 21 hit in the UK Singles Chart. In 1972, he released the single "When You've Gotta Go", written by Lynsey de Paul and Ron Roker on the Polydor label and it made the Australian charts as well as becoming a U.K. radio hit.

Solomon King continued singing in clubs in the U.S.A. after returning there in 1980.

song: 'She Wears My Ring' by Solomon King